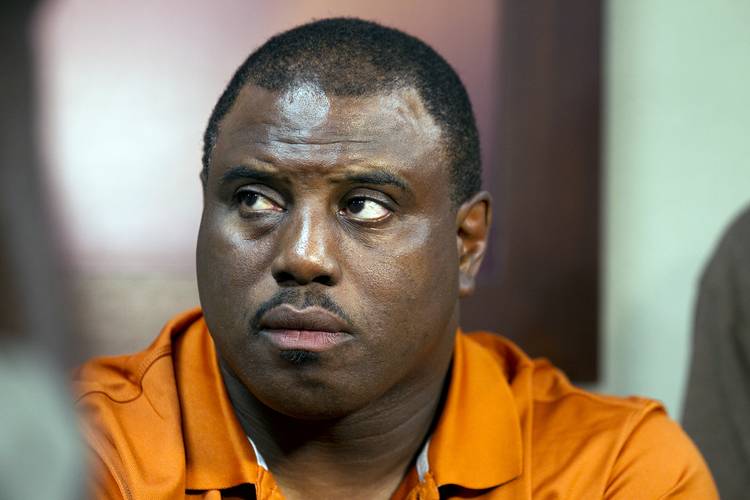 Texas running backs coach Tommie Robinson is a candidate for the head coaching position at Troy, according to FootballScoop.com.

Robinson was a captain at Troy in 1984 when the school won the Division II national title. Six years later, he returned to assist the program as a restricted earnings coach.

On Friday, Robinson was seen outside of Moncrief Athletic Center speaking to two men, including one wearing a Troy shirt.

Robinson has never been a head coach during a 29-year career that twice has taken him to the NFL. Last year, he was USC’s passing game coordinator but did not call plays.

Larry Blakeney, who has been Troy’s coach since 1991, is retiring at the end of this season. From 2006 to 2010, Troy won five straight Sun Belt Conference titles. The Trojans have fallen off, though, and have not finished above .500 in the past four years. They are 3-8 this season.