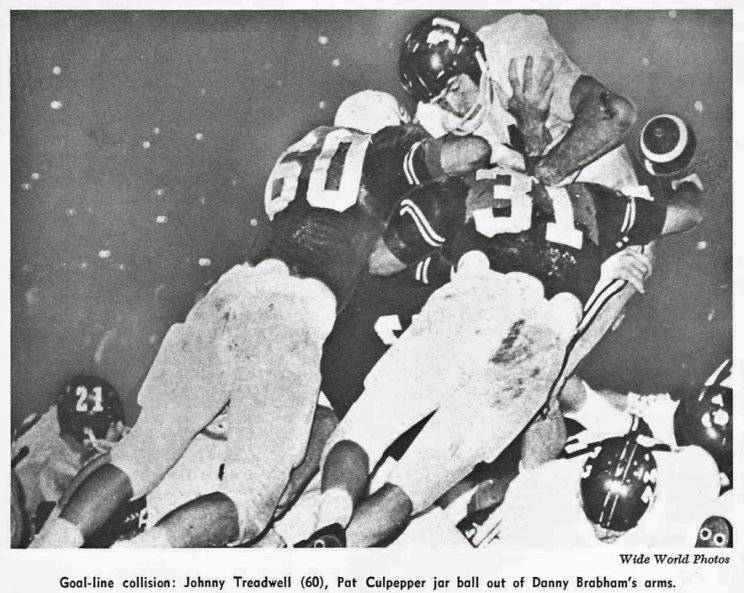 Johnny Treadwell, the first Longhorn linebacker to make No. 60 an iconic number at Texas, has died.

Treadwell died Sunday of natural causes. His obituary said he suffered from chronic traumatic encephalopathy, a degenerative disease that is most commonly found in former athletes who suffered repetitive brain trauma.

Treadwell was a consensus All-American in 1962. He played linebacker and guard.

Treadwell and fellow linebacker Pat Culpepper are featured in one of the most famous photos in Texas history. The photo now is 52 years old. It shows the two stopping Arkansas fullback Danny Brabham, an eventual first-round draft pick, at the goal line in a game eventually won by the then No. 1 Longhorns, 7-3.

After leaving Texas, Treadwell graduated from veterinarian school. He treated animals in Austin for 37 years.

Treadwell is survived by his wife, four daughters and 10 grandchildren.

The family asks that in lieu of flowers Treadwell’s friends can contribute to Coastal Conservation Association or the Darrell Royal Research Fund for Alzheimer’s Disease.