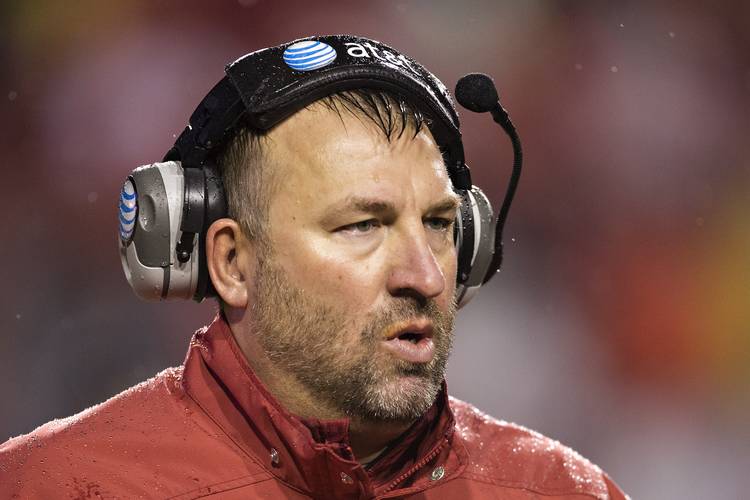 Each week of the football season, Bevo Beat interviews a reporter who covers Texas’ upcoming opponent. Bob Holt, Arkansas beat writer for the Arkansas Democrat-Gazette, answered five questions on the Razorbacks in advance of Monday’s Texas Bowl. Follow him @BobHoltADG. Kick off is set for 8 p.m. at Houston’s NRG Stadium.

A: I wouldn’t say the Arkansas program has fully recovered, but it’s gradually on the way back. The talent level was low when Bret Bielema took the job. As Steve Spurrier said after South Carolina beat Arkansas 52-7 in 2013, “Bret’s just got to recruit his way out of this.”

Bielema is a strong recruiter, as are his assistants, and they’re restocking the roster with players to fit the physical running style and strong defense that are Bielema’s trademarks.

Considering Arkansas’ schedule — with games against eight SEC teams that were ranked at the time and a road game at Texas Tech — 6-6 is an impressive achievement. I didn’t think it was realistic for the Hogs to get bowl eligible, but they did it.

Q: How close is Arkansas from again contending in the ultra-difficult SEC West?

A: I think Arkansas is probably a couple of recruiting classes away from being a serious contender to win the SEC West, but the Hogs showed this season they can beat some of those teams, beating LSU 17-0 and Ole Miss 30-0. They should have beaten Texas A&M and could have beaten Alabama. But they didn’t win more games because they’re just not quite there yet.

Q: Arkansas quarterback Brandon Allen had an up-and-down season, not unlike Texas quarterback Tyrone Swoopes. At his best, how good is Allen?

A: Brandon Allen takes a lot of grief from fans, like a lot of quarterbacks at major schools, but I think he’s a pretty solid SEC quarterback. He has a nice 18-5 touchdown to interception ratio and has been an effective scrambler at times with two rushing touchdowns. If he was healthy against Missouri — he had an oblique injury that got worse as the game progressed — Arkansas might have won that game. He’s started 23 games and is in his second season in the offense, so he’s got a pretty good handle on things.

Q: Which Arkansas player doesn’t get the credit he deserves?

A: Redshirt sophomore cornerback Jared Collins is an underrated player. He’s had a very solid season in coverage and making tackles to help the secondary take huge strides this season, but you don’t hear a lot about Collins.

Q: Arkansas athletic director Jeff Long headed the College Football Playoff committee. Do you sense that the travel, fan scrutiny, and studying of teams (in addition to the demands of his day job) took a toll on him?

A: I haven’t talked to Jeff Long about those specific things, but in talking to those around him, he enjoyed the experience overall. It obviously was a huge commitment of time and energy, but I believe Jeff’s stature of being the committee chairman was good for him as well as Arkansas. Jeff’s position on the playoff committee helped raise the Razorbacks’ profile, too.

In a day and age where a lot athletic directors seem to be anonymous businessmen, fans around the country know who Jeff Long is, first because he’s the guy who fired Bobby Petrino, but also because he was on ESPN every week explaining the playoff committee’s rankings