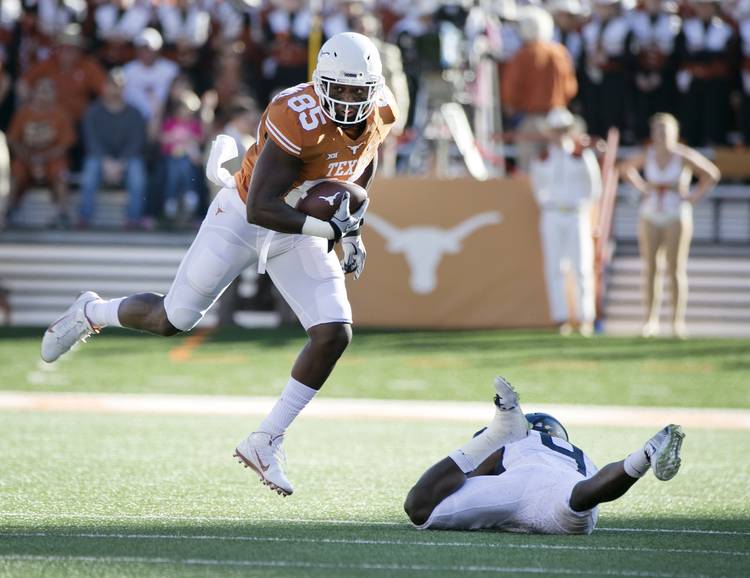 Tight end M.J. McFarland will play his senior season somewhere other than Texas.

On Wednesday, McFarland told the American-Statesman he is transferring and will pick another school by the end of this week. He has already graduated, making him immediately eligible at his next school.

Horns Digest was first to report McFarland’s decision to transfer.

McFarland, of El Paso, was primarily a goal line threat. Two of his 11 receptions in 2014 were for a touchdown. He had 53 receiving yards.

McFarland was in line to start next year. Without him, the position will be sorted out between Blake Whitely, Andrew Beck, and incoming recruit Devonaire Clarington.

“I made the call to go ahead and move forward,” McFarland said. “I’ve been there four and a half years, got my degree. Just wanted to move on.”

McFarland said his coaches did not encourage his decision and that he should not be lumped together with a rumored exodus of players.