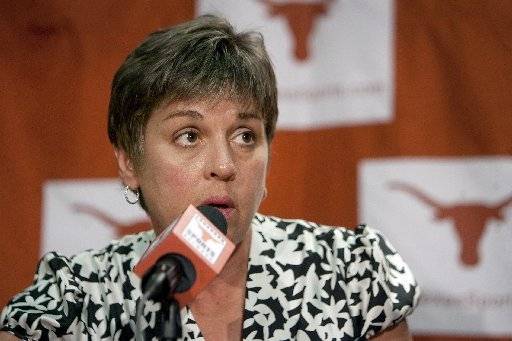 When Texas opens the Big 12 women’s basketball tournament against TCU on Saturday the Longhorns will be missing one of their staunchest supporters.

Chris Plonsky, director of women’s athletics at Texas for 13 years, will be at home, watching games on television. She had surgery on Feb. 24 to repair a knee she injured more than 40 years ago.

Plonsky was a guard for the Tallmadge (Ohio) High School basketball team when she tore her anterior cruciate ligament and medial collateral ligament during a game.

Knee surgery allowed Plonsky to finish her high school career, and she continued to play basketball at Kent State.

Plonsky has endured knee pain for years and finally decided “it’s not going to get any better” without surgery. She spends much of her time rehabilitating the knee.

No matter how far the Longhorns fare in the post-season, Plonsky said she is still with the team. Just in spirit for now