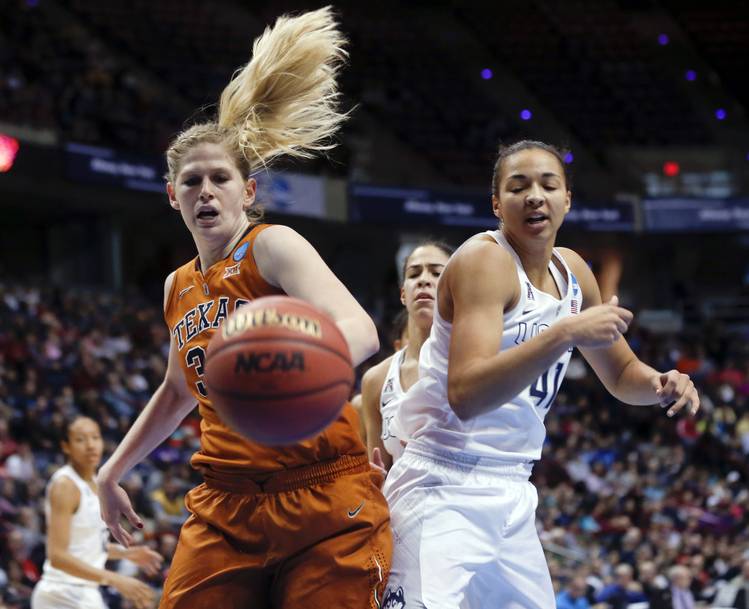 Texas ends its season 24-11. Freshman Ariel Atkins led the Longhorns with 11 points. It marked the first time the Longhorns have given up 100 or more points since 2005 (Tennessee).

After at Atkins three-pointer sliced UConn’s lead to 26-19 midway through the first half, the Huskies went on a 26-5 run for the rest of the half to take a 52-24 lead at the break.

Texas coach Karen Aston described Stewart as “a matchup nightmare.” The 6-4 All-America candidate hit 11 of her 16 shots from the field, 2 of 3 behind the three-point barrier.

UConn coach Geno Auriemma said Stewart is capable of scoring 30 points every game, but the Huskies are so balanced, she doesn’t have to take that many shots.

Moriah Jefferson scored 25 points for UConn on 10-for-12 shooting.