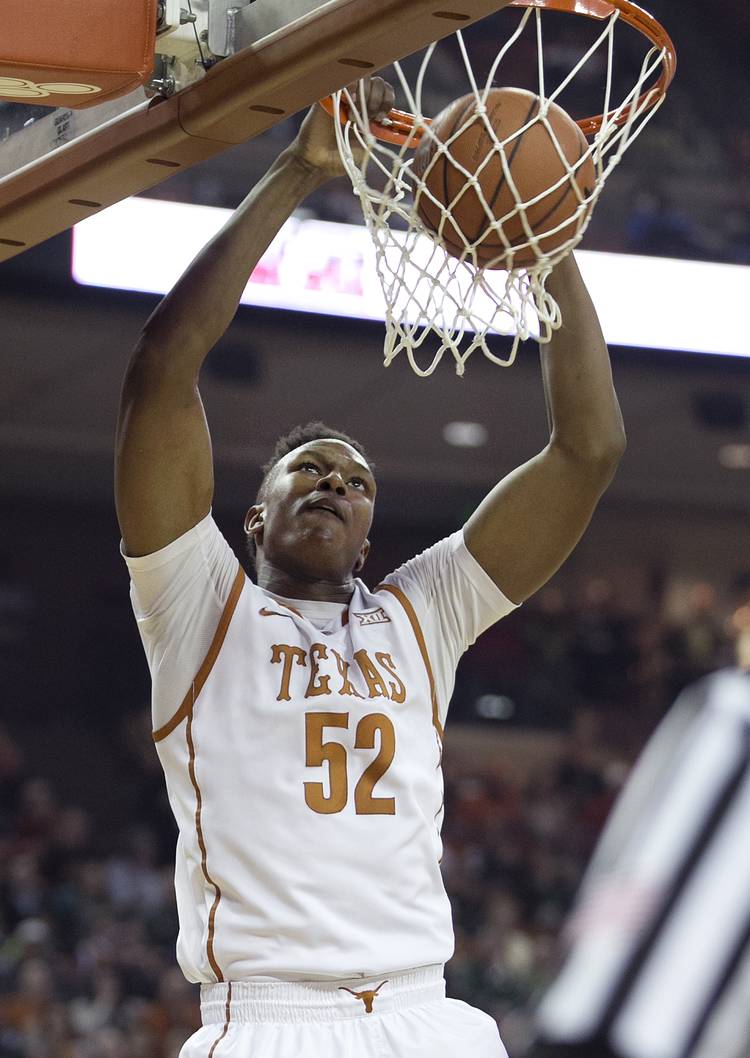 Texas freshman Myles Turner posted a YouTube video on Monday morning announcing that he will be entering the NBA draft this spring.

A Texas basketball spokesman said he was unaware of Turner’s decision. But the well-produced video — featuring Turner speaking into a camera, music, cell phone videos and still photos — was pretty clear.

“My name is Myles Turner, UT alum,” Turner said. “I’ve decided to forgo my education and submit my name to the 2015 NBA draft. I love the university, I love the atmosphere here, great education, great people, great basketball program, facilities and it’s given me everything I  need to succeed.”

Turner thanked his parents and family. His father, David, attended a majority of the games this season, home and away.

“I’ll forever be indebted to the longhorn fans at the University of Texas,” Turner said. “So from me to you, Hook ‘em.”

The 6-foot-11 Turner came to Austin as the nation’s No. 2-overall recruit, according to ESPN. Turner’s decision isn’t a huge surprise, given that he’s projected to be a NBA lottery pick, most likely going in the top 10. He averaged 10.1 points and 6.5 rebounds per game this season as the Horns went 20-14. The school fired coach Rick Barnes over the weekend.

Rick Barnes: ‘Thankful God has blessed me in so many ways’