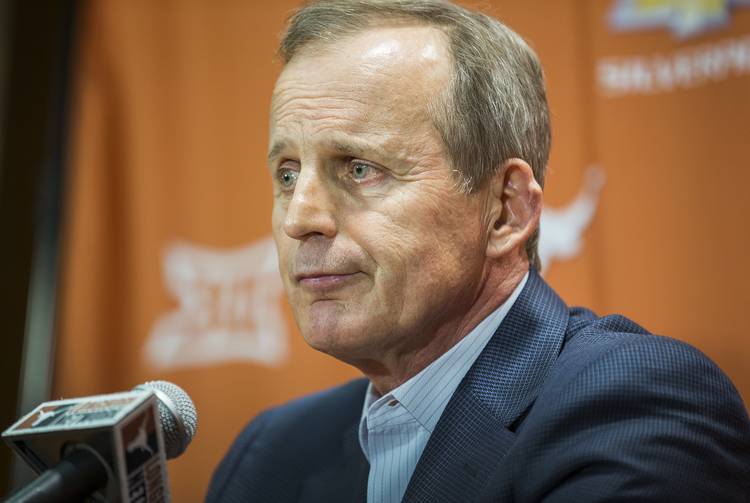 Rick Barnes speaks at his final press conference at UT on Sunday, March 29, 2015.

Longhorn Foundation members are being notified that the Texas men’s basketball banquet scheduled for April 14 has been canceled.

A Foundation representative told the Statesman that former coach Rick Barnes has asked to hold a private event with current team members and their families at a future time.

Barnes was released as the team’s coach last Saturday by Texas athletic director Steve Patterson. The 60-year-old Barnes had won more than 400 games in 17 seasons with the Longhorns. He currently ranks 13th among active Division I coaches with 604 wins.