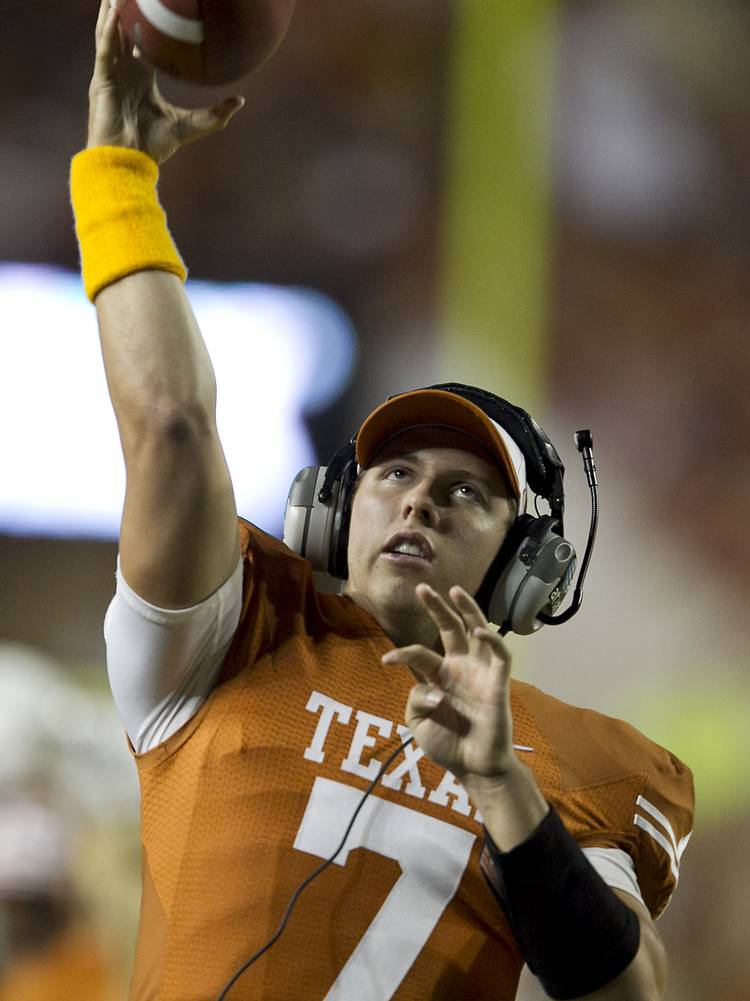 Connor Brewer and Texas will not be reuniting after all.

Brewer, who redshirted in 2012 at Texas, announced Thursday via Instagram that he will transfer to Northern Arizona.

Brewer, who most recently was on Arizona’s roster, wrote: “After these wild few years of college, I have officially decided that my last stop will be at Northern Arizona University. I will pursue my graduate degree and have two more years of football to play. I am excited to get on the field again and to finally show people what I am capable of.”

After leaving Texas, Brewer spent two seasons at Arizona but never attempted a pass. He graduated, though, freeing him to play immediately at another Division I program next season if he chose to do so. In January, Brewer’s father, Robert, told the American-Statesman that his son “would absolutely entertain a return to Texas.”
Charlie Strong’s staff is committed to researching possible transfers to bolster the quarterback position. However, it is not believed Texas had interest in reacquiring Brewer.

Northern Arizona, a member of the Championship Subdivision of Division I, finished 7-5 last year.

Who called plays in the Texas Bowl? Strong: ‘Bad day. I don’t know.’