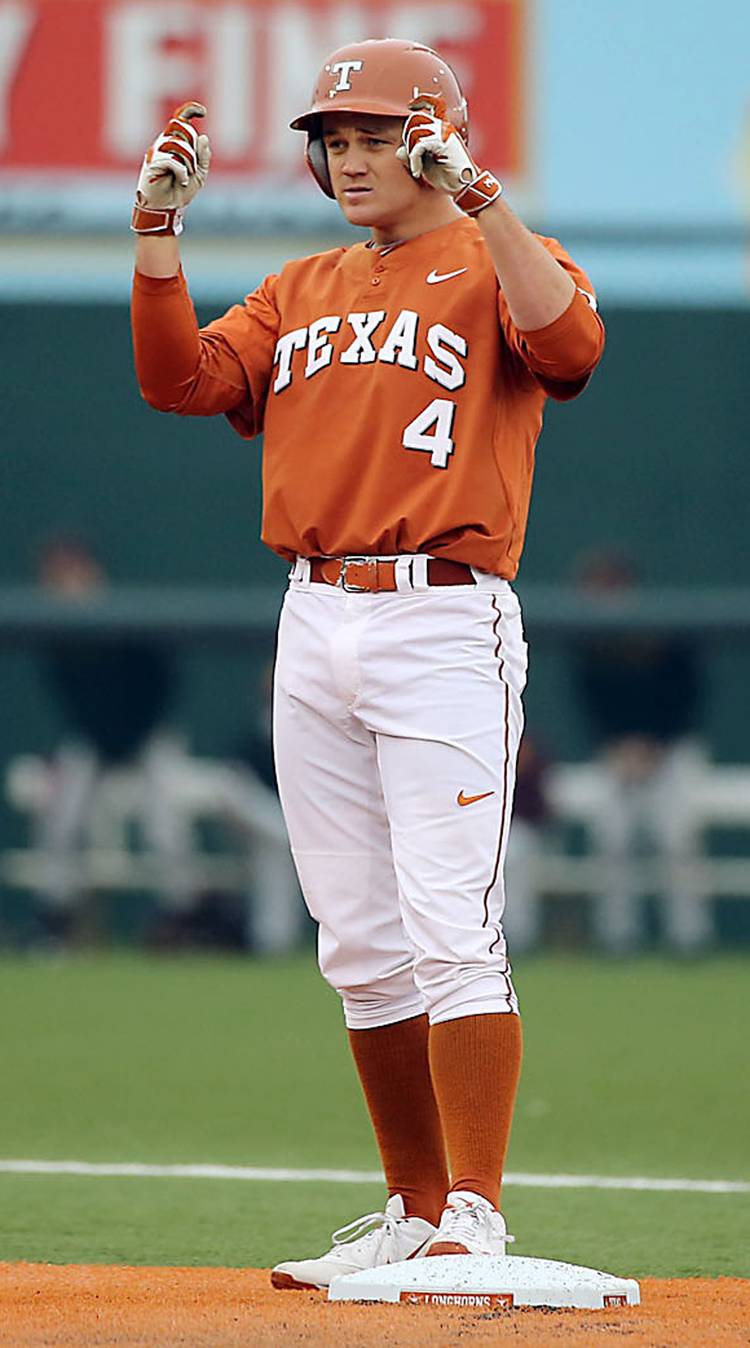 Collin Shaw is hitting .300 with the Rockford Aviators.

Why Texas (19-17, 6-6) lost: The Longhorns reached 10 hits over nine innings for the first time since March 14, but they left 10 runners on base. Leadoff batter Joe Baker stranded five runners, two of them with a fly out in the sixth. Unlike during the team’s ongoing skid (losses in 9 of 11 games), the bats were hot. But when the Horns needed a hit, they couldn’t get it. An exception: Collin Shaw’s two-out double in the eighth that scored Tres Barrera from second base.

Why Oklahoma (24-14, 8-4) won: The Sooners scored in even-numbered innings — second, fourth, sixth — to take the series rubbermatch. Walks led to the first two runs. Four singles contributed to the third. OU scratched out 11 singles before Craig Aikin came through with a ninth-inning double for the Sooners’ first extra-base hit.

Key stat: Texas used seven relievers after starter Kyle Johnston was pulled after just 2 1/3 innings. Johnston, who has had problems with command, accounted for four of Texas’ seven walks. Chad Hollingsworth, who is working out of the bullpen while he recovers from a weak shoulder, replaced Johnston and walked two more.