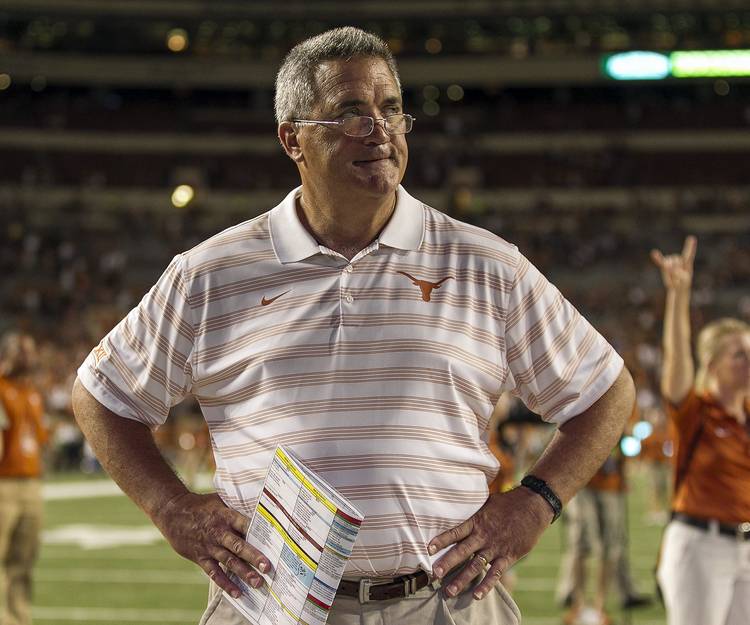 Gundy was deposed on April 22 as part of OSU’s lawsuit against Wickline over a potential breach of buyout terms.

In the transcript obtained by the American-Statesman through an open records request, Gundy said he received a voicemail from Texas coach Charlie Strong asking permission to speak to Wickline about a job interview. But Gundy said he never spoke directly to Wickline and never inquired as to his job function at Texas.

“I have not talked to Joe,” Gundy said, according to the transcript. Then when asked if he had ever spoken to Strong about Wickline’s job requirements, Gundy said, “No sir.”

When Gundy was asked specifically if he believed Wickline had received a promotion at Texas, the OSU coach said, “No.”

The OSU-Wickline case revolves around whether Wickline received a promotion and now has “play-calling duties” along with being the offensive coordinator and offensive line coach.

Gundy admitted that he and OSU athletic director Mike Holder had a conversation about whether Wickline violated the terms of his buyout provision with the Cowboys in the spring of 2014.

“My opinion was that it would be,” Gundy said. “Because Joe Wickline took a lateral move.”

Gundy said it was his understanding that quarterbacks coach Shawn Watson “was going to be the main calling play-caller and offensive coordinator at Texas. That’s why it was my opinion.”

OSU officials are seeking almost $600,000 in damages. The case is currently working its way through the Payne County, Okla., court system. No trial date has been set.