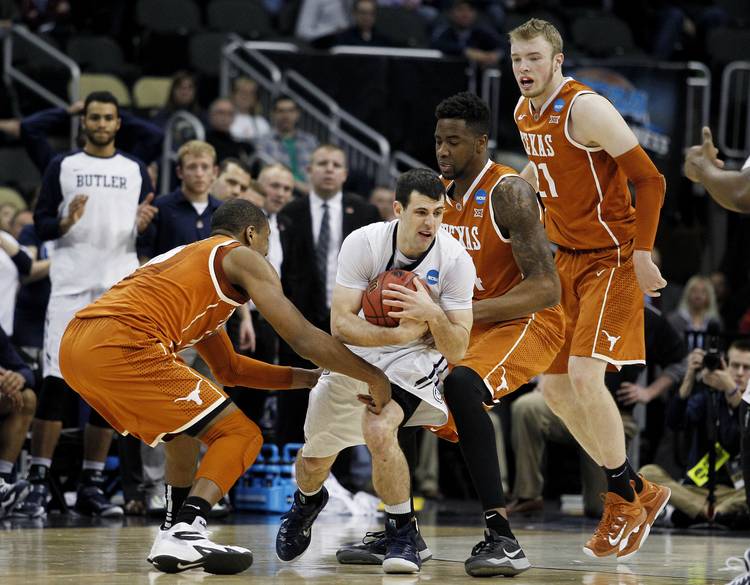 PITTSBURGH, PA - MARCH 19: Alex Barlow #3 of the Butler Bulldogs vies for posession with Jonathan Holmes #10 and Prince Ibeh #44 of the Texas Longhorns in the second half during the second round of the 2015 NCAA Men's Basketball Tournament at Consol Energy Center on March 19, 2015 in Pittsburgh, Pennsylvania. (Photo by Justin K. Aller/Getty Images)

Four Texas men’s basketball players were honored by the National Association of Basketball Coaches for their work in the classroom during the 2014-15 academic year.

Prince Ibeh, Connor Lammert, Brandon Allums and Danny Newsome were all named to the NABC Honors Court, which recognizes seniors and juniors with a cumulative GPA of 3.2 or higher.

Ibeh is majoring in applied learning and development with a minor in psychology. Lammert is a corporate communications major. Albums and Newsome are both accounting majors.