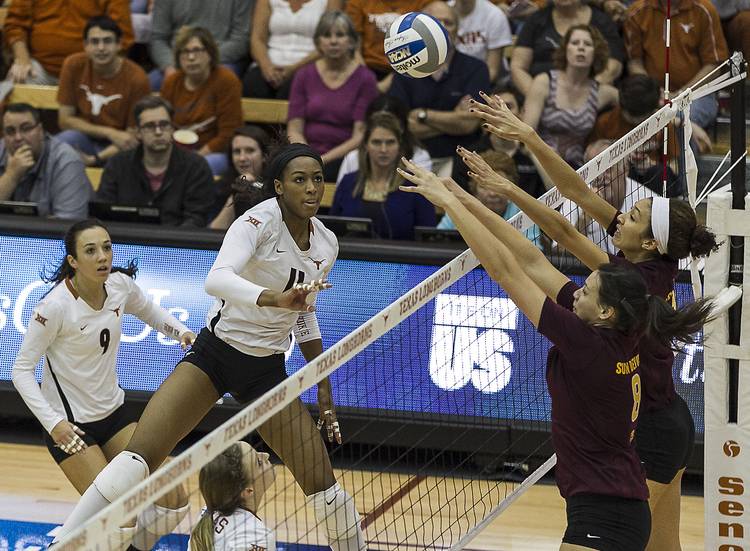 Chiaka Ogbogu, the preseason player of the year, is a big reason why the Longhorns are picked to win the Big 12

For the fifth straight season, Texas has been chosen as the preseason favorite to win the Big 12 volleyball title.

The Longhorns recorded 64 points and were a unanimous selection for the fourth year in a row. Iowa State (53) was picked second for the fourth time in five years. Oklahoma (49) came in third and received one first-place vote, which came from Texas’ Jerritt Elliott who was not allowed to vote for his own team.

Texas has earned the preseason No. 1 spot eight times and has won the title in six of those seasons.

On Thursday, Texas’ Chiaka Ogbogu was named the preseason Big 12 player of the year, and Micaya White was tabbed the freshman of the year.