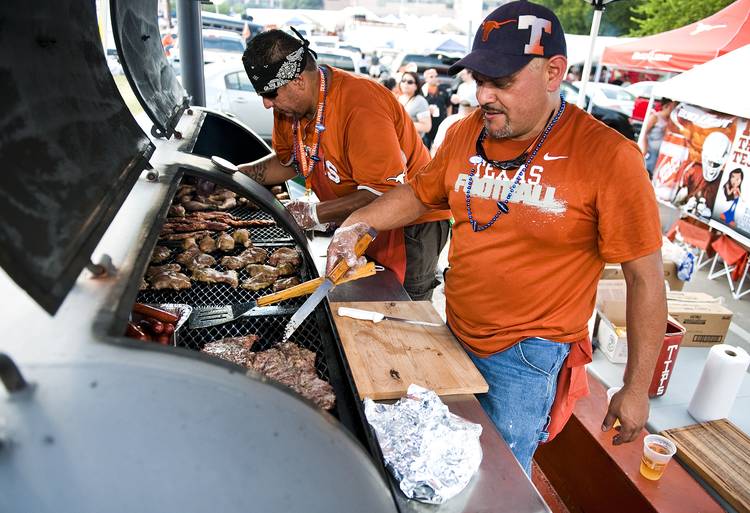 Former Texas letterwinners will have a prime tailgating option this fall just outside the gates at Royal-Memorial Stadium.

The T-Association has partnered with Tailgate Guys to secure a tent measuring 30 feet wide and 60 feet long. It’s got a prime spot, too, sitting on the forefront of the LBJ Library lawn, located at the intersection of 23rd Street and Robert Dedman Drive.

Former letterwinners started an official tailgate a few years ago, but the introduction of the Tailgate Guys made it more official.

The T-Association still has some room to grow. Tailgate Guys can provide a tent that goes up to 50 feet wide by 100 feet long. Texas athletics signed an agreement with Tailgate Guys earlier this year where portion of the net revenue goes back to the athletic department.

“The tailgate hosts such a great range of letterwinners from national champions to Olympians,” Luke Tiemann said in a UT press release. He was a football letterman from 2006-08. “We wanted to create an all-inclusive tailgate environment to foster personal relationships, business networking and the chance to relive old stories and the traditions that are Texas.”

The tailgate is open only to former UT athletes and three guests for all six home games. Food and beverages will be provided while they last. Identification will be required.