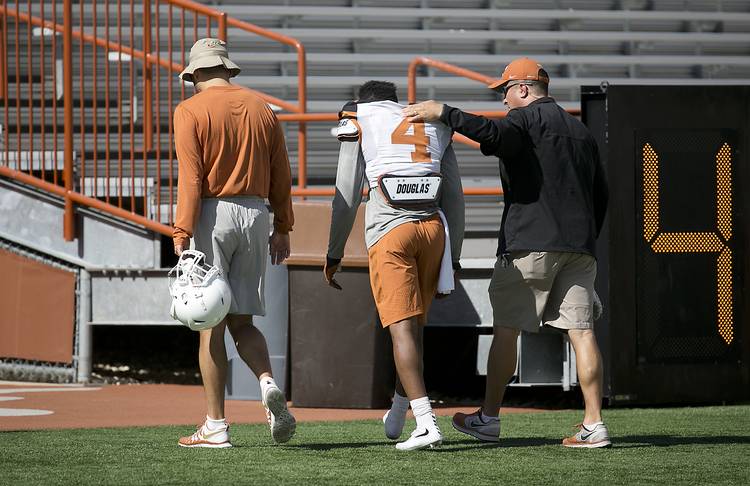 Texas freshman safety DeShon Elliott is still wearing a protective walking boot, according to one of the tech-savvy journalists at UT — President Gregory L. Fenves.

Ten days till @Longhorn_FB kickoff! Capping off the first day of class at #HornsUpNight with #UT19. pic.twitter.com/a1oQ0dp8XS

Fenves attended a kickoff rally for UT students at Royal-Memorial Stadium on Wednesday, then tweeted various photos from the event. In a picture of coach Charlie Strong, Elliott (jersey No. 4) is seen walking with players like Malik Jefferson (No. 46) and Charles Omenihu (No. 90).

Elliott suffered the toe injury on Aug. 9 during the team’s fan appreciation day. The entire team formed a circle for the famous bull-in-the-ring drill, where players go one-on-one against each other. Elliott came limping out of the circle and immediately went into the locker room. He hasn’t practiced since.