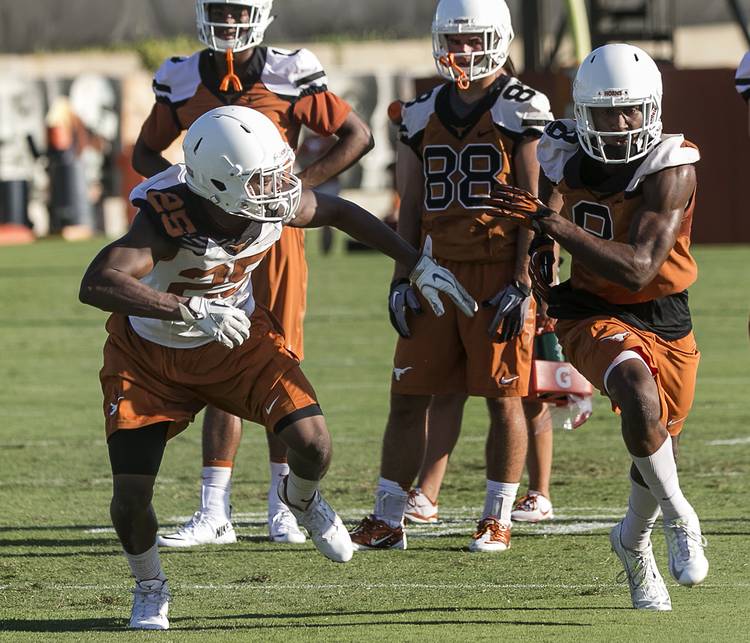 As defensive coordinator, Vance Bedford has the power to overrule the depth chart.

He did that Wednesday, revealing that Antwuan Davis will make his first career start at Notre Dame. Davis, a sophomore from Bastrop, was listed as second-string on the depth chart released Monday.

To make room for Davis, Duke Thomas will start at nickel. John Bonney will man the other cornerback spot.

Bedford cleared up defensive tackle Hassan Ridgeway’s status as non-starter. Ridgeway, who was slowed by an injury early in camp, will split snaps evenly with starter Poona Ford.

Bedford said he expects to use 20 players on defense.