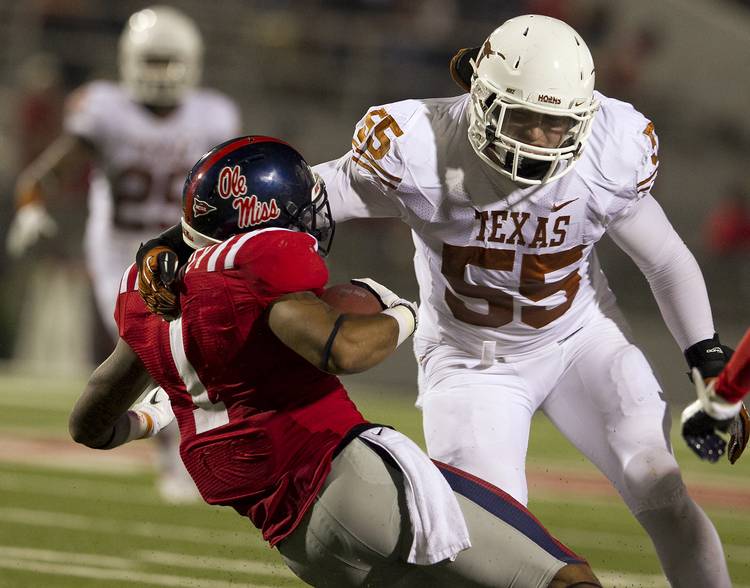 Texas linebacker Dalton Santos underwent a medical procedure on his injured ankle on Thursday and his long-term status is now in doubt.

A UT spokesman did not have an immediate update on when Santos might return. He had 12 tackles in 10 games playing as a reserve last season. Freshman Malik Jefferson was already pegged to start at middle linebacker against No. 11 Notre Dame.

Coach Charlie Strong did not indicate anyone else would miss Saturday’s season opener because of injury. “When I think about guys that are not going to play is Santos, but as far as guys that are dinged, we’re going to be a healthy team going into South Bend,” Strong said.