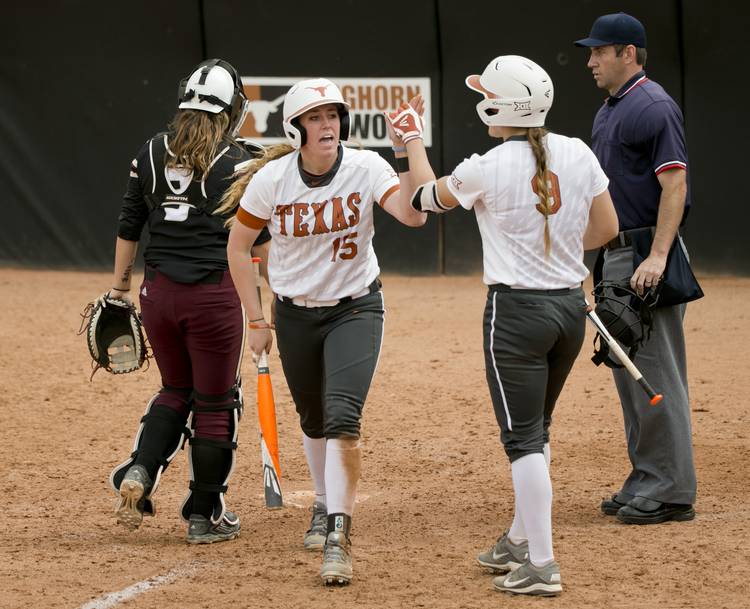 Holly Kern, left, of UT celebrates with Randel Leahy after Kern scored a run in the seventh inning against Texas State at McCombs Field on Saturday April 4, 2015. The Longhorns open its fall season on Oct. 2 in a doubleheader at McCombs Field. JAY JANNER / AMERICAN-STATESMAN

The UT softball team will play eight games – all at McCombs Field – for its fall season.

The fall campaign will get underway on Friday, Oct. 2 against Howard Community College for a doubleheader beginning at 5 p.m.

The fall season will conclude on Nov. 11 in a special slow-pitch Veteran’s Day game against the Sun City Veterans, which will be broadcast live on the Longhorn Network at 6 p.m.

Admission to each game is free and parking is available at no cost  in lots 103 and 115 at McCombs Field.

The Longhorns return eight starters from last year’s team that finished 38-17 and made its 11th-consecutive NCAA tournament appearance.