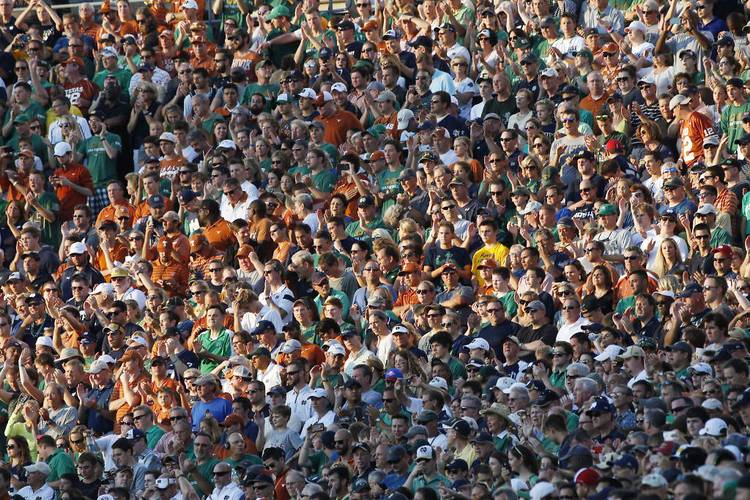 SOUTH BEND, Ind. — For those of that thought that the 2015 Texas fan base wouldn’t travel, then you’re wrong.
At least for one week.
Longhorn Nation is well represented at Notre Dame Stadium. Texas received 5,000 tickets to sell and it appears that all of those were gobbled, then some. The upper section of the South end zone is filled with burnt orange t-shirts while there are other pockets are orange in many other sections.
It almost reminds me of that day we walked into the Rose Bowl wondering if the homestanding USC Trojans would dominate on the field and in the stands. Turns out Texas won on both ends.
I would say it’s 70 percent Notre Dame fans in here but it’s an impressive showing by the Longhorn faithful.
Let’s see if the football team rewards them with a season-opening upset of the fighting Irish.