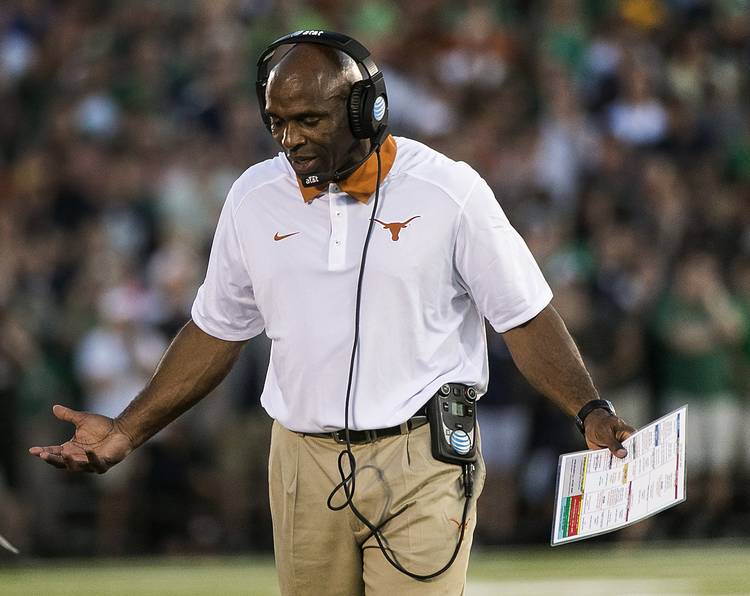 We waited nine months for this?

Texas has picked up in 2015 where it left off in 2014 — frustrated offensively, roughed up defensively and faced with questions over the all-important position of quarterback.

The 38-3 season-opening loss at No. 11 Notre Dame — the second-worst opening loss in UT history, behind only the 47-6 loss at BYU in 1988 — raised all sorts of alarms. Tyrone Swoopes struggled. Again. Jerrod Heard, the redshirt freshman backup, didn’t do much either and was used on only two series. The offensive line struggled. Johnathan Gray looked good, but only when he was given the ball, and that wasn’t very often.

Over their last three games — losses to Notre Dame, Arkansas and TCU — the Longhorns have been outscored 117-20.

For history buffs, the 3 points were the fewest for a Texas team in a season opener since 1950. It was the first season-opening loss since 1999.

It wasn’t all bad, of course. Daje Johnson (6 catches, 45 yards) was productive. Swoopes made one nice play, a 48-yard pass to John Burt. Linebacker Malik Jefferson looks like he’s going to be the real deal. Nick Rose hit two 52-yard field goals, though neither one counted. He also missed a 52-yarder, which did count.

Notre Dame’s Will Fuller had seven catches for 142 yards and two touchdowns. Malik Zaire, making only his second career start, was 19 of 22 for 313 yards and three touchdowns.

Swoopes was 7 of 22 for 93 yards. Heard attempted only one pass and completed it. Gray had 8 carries for 40 yards.