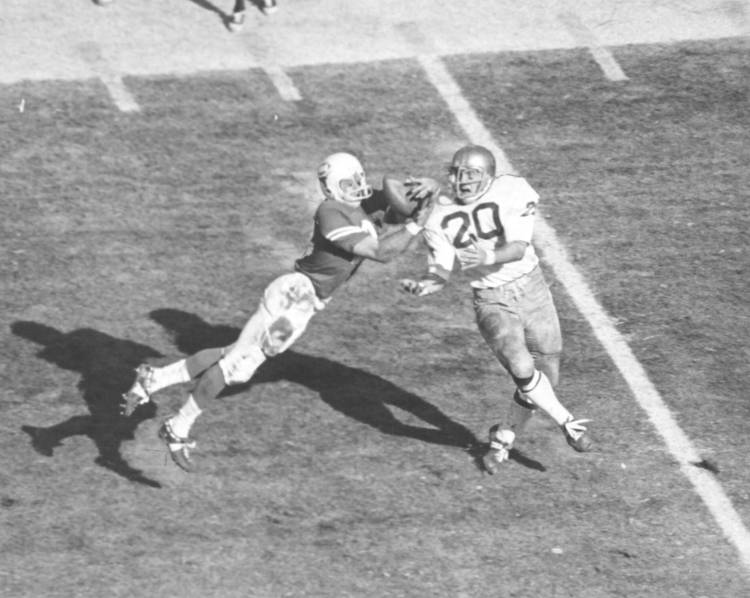 The 1970 Cotton Bowl was the capper to Texas’ undefeated 1969 national championship. The Horns rolled into Dallas with a perfect 10-0 record having defeated #2 Arkansas 15-14 in the “Game of The Century” to end the regular season. The Irish arrived with a 8-1-1 record and ranked ninth in the nation.

The game was a back-and-forth tussle that had three lead changes in the final quarter. UT started their final drive on their own 24-yard line. Using 17 plays, including a pair of fourth-down conversions, the Longhorns finally sealed the win when Billy Dale plunged into the end zone from the 1-yard line with 1:08 to go to seal the victory and give the ‘Horns their first national championship in six years.

The entire game is available in nine parts online here.

Most of that final drive is in the Part 7 video below. Dale’s final plunge can be seen at 13:10: