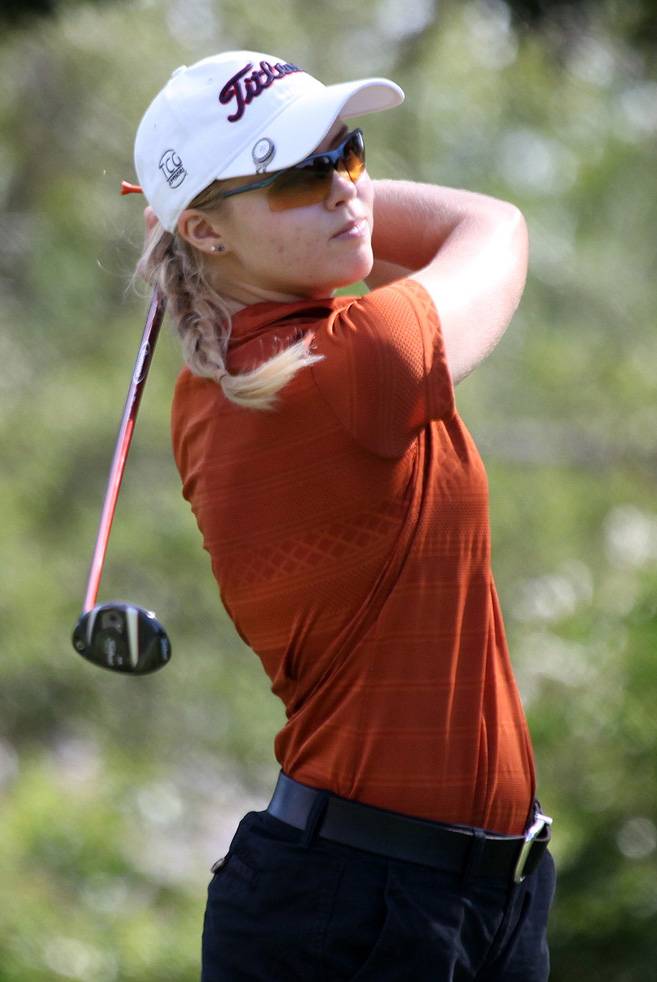 The Texas women’s golf team opened its season with a 6.5 to 2.5 victory over 11th ranked Texas A&M on Sunday at Traditions Golf Course in College Station.

Texas won all three foursome matches and took three of six in the singles round.

“In the morning foursomes, I’m not sure we could have played any better, winning all three matches.” said head coach Ryan Murphy.  “That tells me that our team has some great chemistry right now, which is very important in our sport.”

Longhorns Julia Beck and Sophia Schubert completed the foursome sweep with a 4&3 win over Maddie Szeryk and Thanya Pattamakijsakul.

The Longhorns rode the momentum into the afternoon singles round.

Abe birdied the 16th and 18th holes to take a 1 up victory over Velasco and Beck birdie the 18th to defeat Campbell 1 up. Mills took an early lead against Jonama and won 5&4.

“I’m obviously very happy to get a win in College Station.” said Murphy.