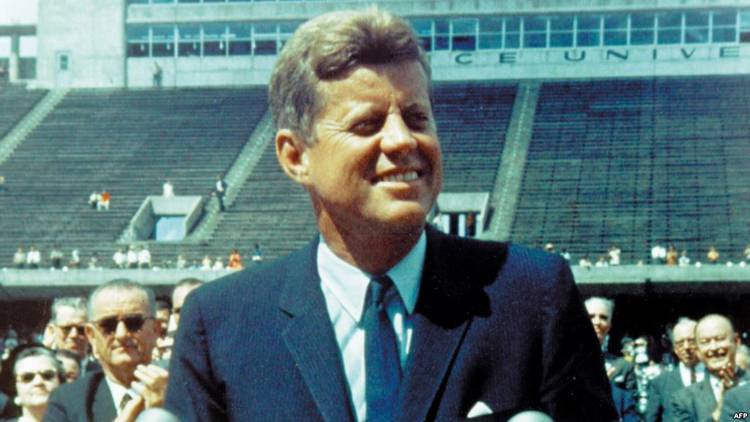 Saturday marks the 53rd anniversary of President John F. Kennedy’s famous speech about why America should go to the moon.

Of course, sports fans remember the speech for his one-liner about the Rice football team.

Beating the Longhorns has been hard for the Owls over the decades. Texas is 40-2 against Rice since 1965. The last time Rice got the upper hand was in 1994.

“Heading into Texas this week, it’s always a challenge,” Bailiff said, according to the Houston Chronicle. “I think President (John) Kennedy summed it up when he asked ‘Why does Rice play Texas?’ Because it’s hard.

“It is hard to go into that environment. They are great players,” he added. “They struggled at Notre Dame, but I don’t think they’ll continue to struggle. Charlie (Strong) does a great job, obviously, with what he did at Louisville. He’s a great coach. They’ll find their identity. You know they’re searching hard this week.

“It is Texas. We don’t have to worry so much about them. We have to worry about us, play our game and try to be the best team that we can be this week.”

Sedrick Flowers will not be suspended for throwing punch