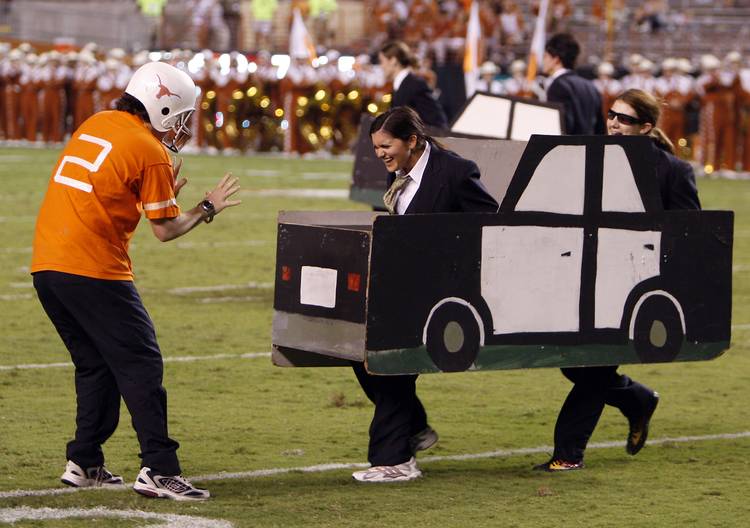 Rice’s Marching Owl Band descends on Royal Memorial Stadium Saturday night. The band, known for its wit and sarcasm in its halftime performances, will surely take on Texas athletics director Steve Patterson, ticket prices and all other Longhorns hot topics.

The last time Texas and Rice met in Austin was 2011. The confluence of Texas A&M leaving for the Southeastern Conference and Rick Perry seeking the 2012 Republican presidential nomination led to this witty Rice Marching Owl Band performances at DKR. Highlights included poking fun of Texas A&M leaving for the SEC with Pink Floyd’s “Another Brink in the Wall”  with its “we don’t need no education” refrain. Also, the MOB presented a “Is your candidate smarter than an Aggie” game with then Governor Rick Perry.

Editor’s note: Welp, The MOB isn’t going to show Saturday, but some game fanfare to look forward to when there’s a future Rice games on the schedule.