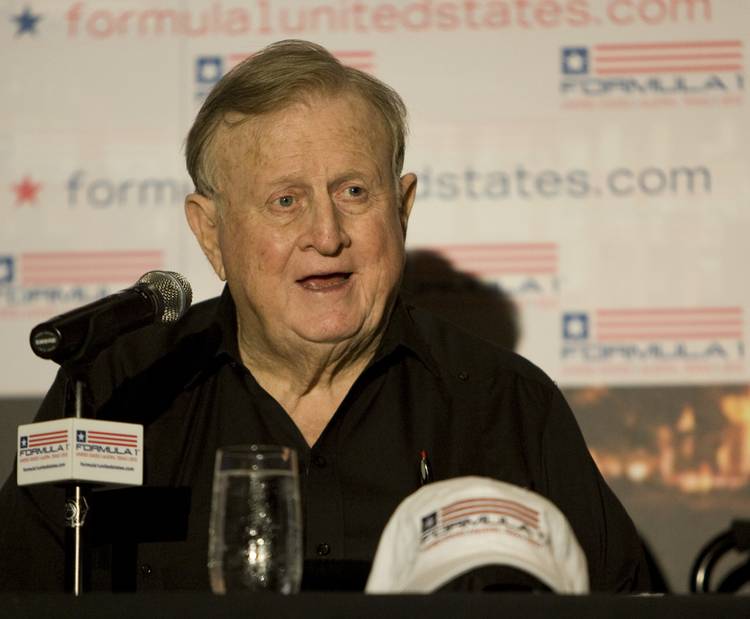 “I was delighted that Greg Fenves took the action that he did and delighted he did it in such a straight-forward way and put that issue to rest,” McCombs told the American-Statesman during a phone interview on Wednesday morning.

The Statesman first reported Tuesday morning that Patterson was fired. Later in the day with reporters, Fenves characterized it as a resignation.

“I’m kind of a lightning rod, and I’m glad that I am,” said McCombs, whose name adorns the north end zone of Royal-Memorial Stadium and the UT business school. “I have always been since I got out of high school there in 1950. I don’t know how (Patterson) could’ve offended so many people, but he did.

“My phone was always ringing,” McCombs said. “My answer to them was always the same. Hey, we’ve got a new man, got a big job, just hang in there. Let’s play it out and see what happens. But apparently, it was just happening too often to satisfy President Fenves. Once he decided that he was going to do that, he showed great leadership in doing so.”

McCombs, who has been around professional sports his whole life, said you can never forget who your customers are. And that sports teams are what ties everyone in the community together. So he wasn’t surprised so many UT fans were upset about Patterson’s management style.

As for whether former UT coach Mack Brown should become the new AD, McCombs said, “Oh, I don’t think that makes any sense at all. Mack has already been at the top of the mountain. I wish, and he wishes, he had gone out on a little higher note.

“I’d be surprised if he had any interest in that. He’s too smart for that.”

McCombs also scoffed at the notion current UT coach Charlie Strong is in trouble now that Patterson is gone. “I don’t think that he’s in any trouble at all,” McCombs said. “There was a lot of angst related to Steve, and I don’t know if it was realistic or not, but it was there.”

McCombs said he believes that Patterson’s other major hire, men’s basketball coach Shaka Smart, will “get out of the gate quickly” later this fall.

As for the current state of the football program, McCombs’ voice started rising when he brought up new starting quarterback Jerrod Heard.

“God, he is an exciting guy to watch, and that’s what you have to have,” McCombs said.