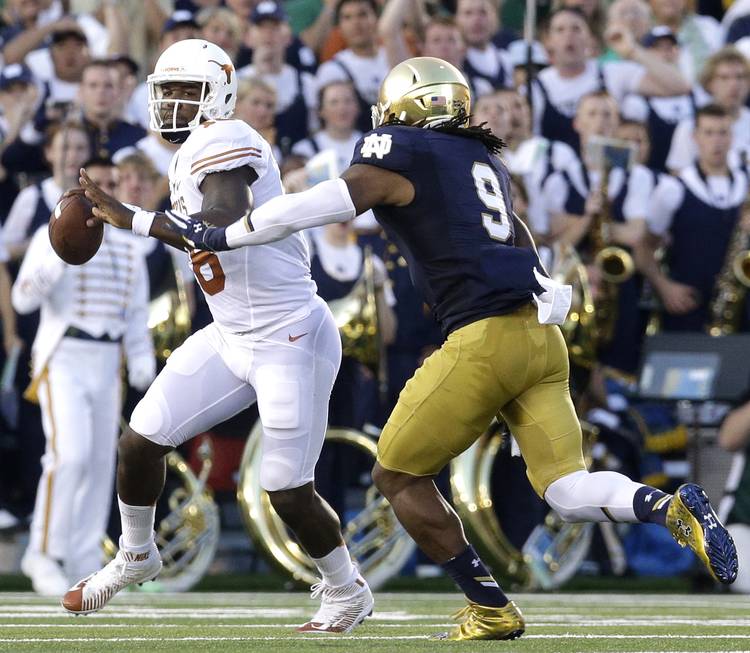 OSU’s legal team pounced on UT coach Charlie Strong’s decision to strip play-calling duties from Shawn Watson and give them to Jay Norvell after UT’s 38-3 season-opening loss to Notre Dame.

In a court filing last Friday, OSU made a court filing and stated that “new information has come to light” regarding the breach-of-contract lawsuit against Wickline. The court filing includes press clippings detailing Strong’s comments from a press conference on Sept. 8.

Strong, Watson and Wickline were all deposed last spring. This time, OSU attorneys have asked to interview Swoopes and former athletic director Steve Patterson, who was fired on Tuesday.

OSU is seeking almost $600,000 in damages from Wickline, who left the Cowboys after the 2013 season to join the Longhorns. In Wickline’s OSU contract, it states he would owe damages if he was not given the offensive coordinator title and had “play-calling duties.”

Strong and the Longhorns have maintained that Wickline shared play-calling duties with Watson. However, it’s widely believed that Watson was the primary play-caller on gameday. Strong was asked numerous times by reporters about his decision to demote Watson, not Wickline, and promote Norvell.

OSU attorneys are zeroing in on the phrase “play-calling duties” in their case. In a court filing, OSU states that reporters “as lay people and not wordsmithing lawyers, give that phrase its ordinary, common sense meaning.”

A tentative trial date by a judge in Payne County, Okla., has been set for March 2016.