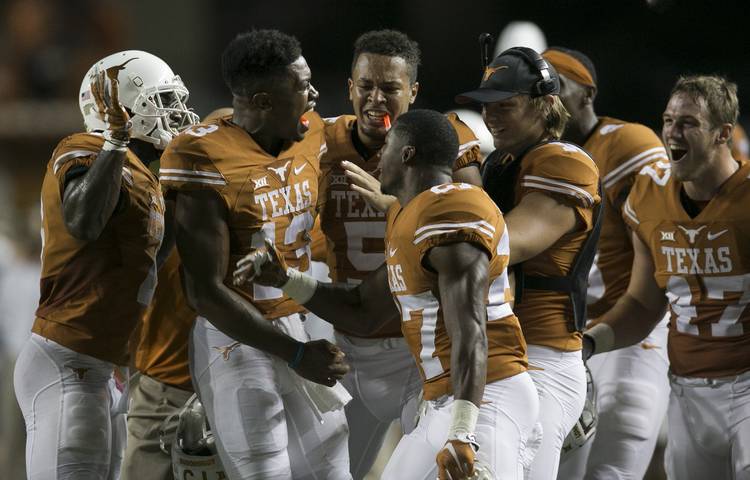 Though many of the rankings — or at least the justifications for each — seem to fall to Fox Sports’ personal proclivities for certain colors, we won’t argue with Texas’ top spot on the list.

“The burnt orange jersey is as classic as it gets,” reads their explanation of Texas’ No. 5 ranking on the best uniforms list.

Texas’ burnt orange beat out Texas A&M’s maroon, which earned itself a No. 12 spot on the list. TCU Horned Frogs slid into the top 25 at No. 24 with its purple.

What do you think? Should Texas be higher? Lower? What Texas jersey is your favorite?

For the full list, topped by the Michigan Wolverines, check out Fox Sports.

Coaches pick Charlie Strong as best backup in a brawl

Texas statwatch: After three games, how do the Horns compare?