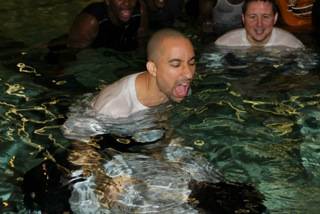 Shaka Smart, then the head coach at VCU, undergoes Navy SEAL training with his players in Richmond. It became an annual training event a month or two before the season began.

“I’ve got a feeling that will work its way down here,” the new Texas men’s basketball coach said in May.

The Longhorns will spend Wednesday through Friday mornings going through the rugged training with John McGuire, owner of Seal Team Training, Inc.

It's 6 am. What are you doing? We are up and training. @SEALTeamPT on @UTAustin campus. #Team pic.twitter.com/qK0GPZp5Su

When asked to describe his training regimen, McGuire told the Statesman earlier this year, “It’s not exactly for the faint of heart. Outside your comfort zone is where you grow.

“Get them up early, get them wet, get them shivering,” he added. “By the time we get done with them, they get comfortable being uncomfortable.”

McGuire’s business has experienced exponential growth in college athletics since word spread about his time with VCU. He’s worked with the Ohio State basketball program and several football teams. McGuire said he spent last week in Malaysia before coming to Austin.

McGuire said he likes working with Smart because the coach wants the players always thinking about moving forward.

This YouTube clip was widely circulated to show what it was like for VCU players to go through SEAL training in Richmond.