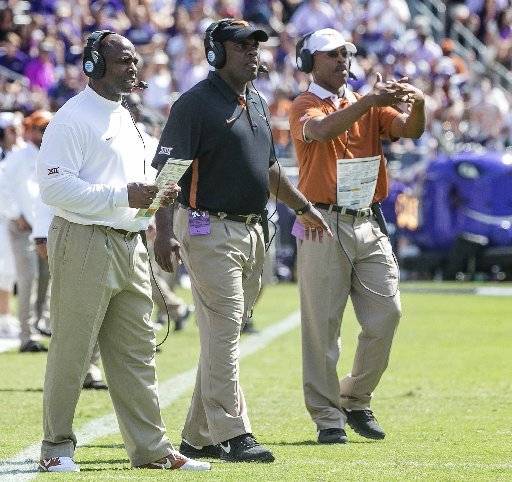 Do any of you expect the Texas-Oklahoma game to be competitive? It’s difficult to imagine the fans at a packed Cotton Bowl biting their fingernails during in the last five minutes of a game whose outcome is still on the table.

So basically the opposite of what we’ve seen since the Rice game.

The Horns will have to show us much more than they did in Fort Worth, where they went down with barely a whimper against a TCU opponent that was thought to be wounded.

I know some of you are already thinking back to those five dark years under Mack Brown when the Horns failed to win a game and lost by an average score of 38-11.

This is much different because those Texas teams, despite the struggles against OU, were killing everyone else they played. Over the same span that OU owned Texas, the Horns were 52-6 against everybody else with two bowl wins, including a 35-30 Cotton Bowl victory over Nick Saban-coached LSU.

It’s been a while since the Austin narrative going in didn’t center on the game itself. Being around it as long as I have, I think the expect-the-unexpected feeling that has always surrounded the rivalry has been replaced by expect-the-expected vibe. That means another blowout loss — with Texas on the business end — is upon us.