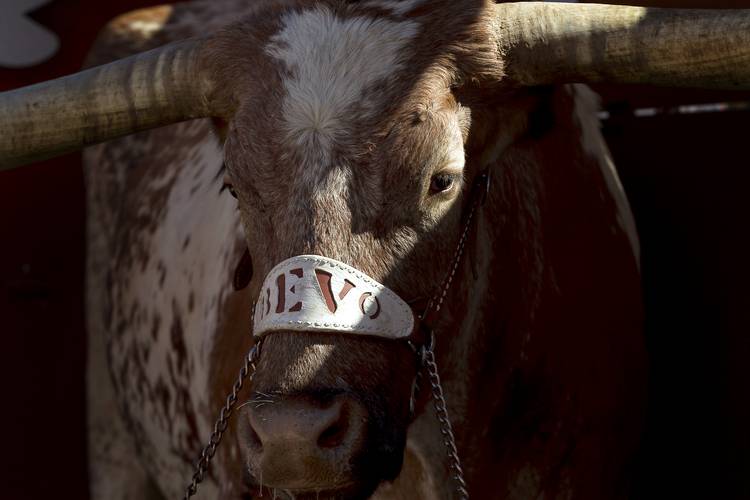 Bevo XIV, the recognizable University of Texas mascot, will not attend Saturday’s Oklahoma game in Dallas due to a life-threatening condition being monitored by veterinarians, the school announced.

Ricky Brennes, the executive director of the Silver Spurs Alumni Association, declined to comment about the situation when reached Wednesday by the American-Statesman.

Bevo XIV has served as the university’s mascot since 2004. The current longhorn steer, which stood on the sideline for some of the biggest wins over the last decade, weighs 2,100 pounds and has a horn span measuring 82 inches tip to tip.

“Bevo is a fighter, a symbol of strength and who fans across the world care deeply about,” Brennes said in a statement released by school officials. “We are carefully monitoring Bevo’s condition at this time and will update the public as we find out more about his condition.”