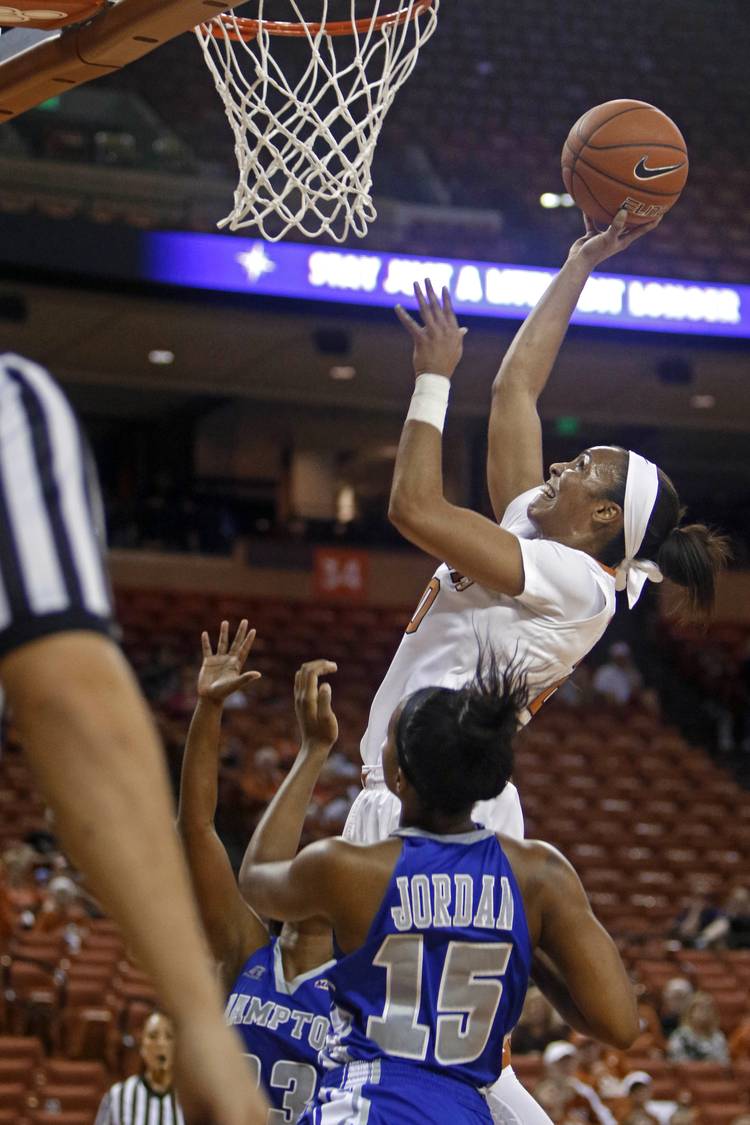 Four Longhorns scored in double digits as the No. 8 Texas women’s basketball team cruised to a 79-52 win over the Hampton Lady Pirates at the Erwin Center on Wednesday night.

Freshman guard Lashann Higgs had a double-double, scoring 12 points while pulling down ten rebounds. Brianna Taylor led the Longhorns with 16 points, on 6 of 9 shoooting, while Imani Boyette scored 13 and Celina Rodrigo added 11. Boyette was 6 of 7 from the field on her way to surpassing the 1,000-point mark for her career. She’s the 38th player in Longhorns history to reach that milestone.

The Longhorns’ 15-assist edge was due in large part to four team members dishing out at least three apiece. Rodrigo led with five assists while Empress Davenport and Brooke McCarty each had four. Tasia Foman assisted on three field goals.

The win keeps the Texas women undefeated at 4-0 while dropping the Hampton Lady Pirates to 0-5 on the year. Hampton’s Malia Tate-DeFreitas led all scorers with 21 points. Kaylah Lupoe added 16 for the Lady Pirates.

Next up the Longhorns will travel to Knoxville, Tenn. to take on the Tennessee Volunteers at 1:30 p.m. on Sunday. The game will be televised on ESPN.