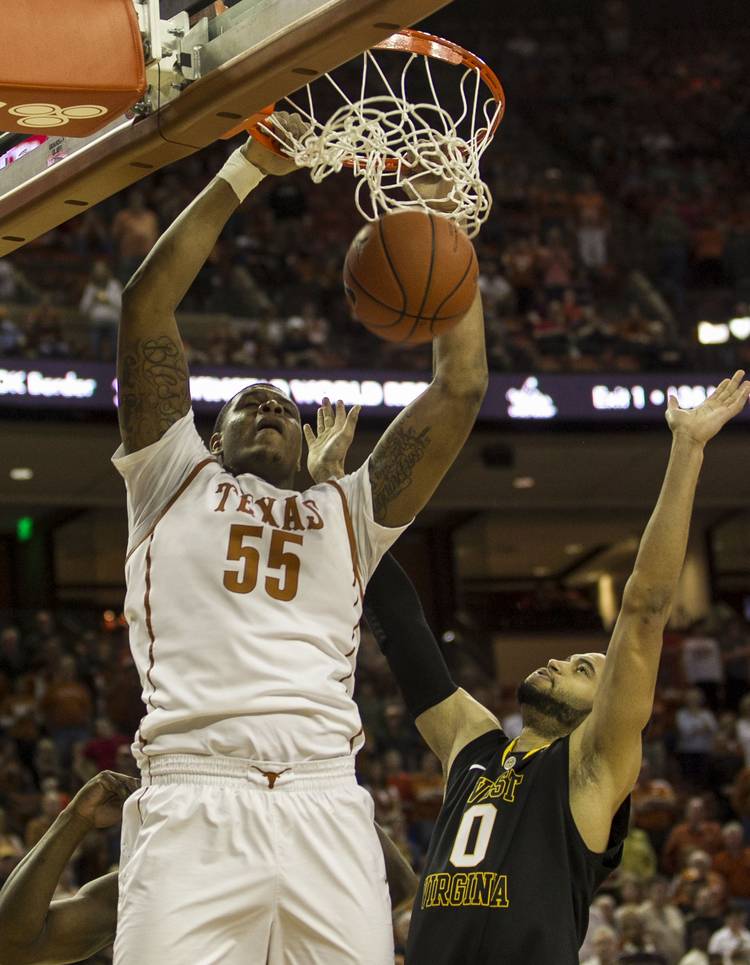 PARADISE ISLANDS, Bahamas — David Crisp was on the ground as the buzzer sounded and his air-balled 3-pointer to end the first half was attempted, unsuccessfully to be tipped in by Joe Knight.

Texas entered the locker room with an 8-point lead and on pace for a stronger defensive showing than put together just a night before. The Longhorns used a 14-0 burst that spanned three minutes to gain control of the game, and forced the Huskies into 18 turnovers to keep that control, and Texas beat Washington 82-70 on Thursday night.

A night before, Shaka Smart said his team needed to take more pride on the defensive end of the ball, and a night later his team listened. After losing to Washington in the season’s opening game on Nov. 13, it took less than two weeks for UT to enact revenge at Imperial Arena.

After Andrew Andrews made two straight 3s for Washington to cut the lead to 6, the Huskies used an entire 30-second shot clock to miss a couple of 3-point chances. They passed the ball around the perimeter but weren’t able to find a shot that would have extended the comeback attempt.

Instead Andrews’ last attempt was rebounded by Cameron Ridley, and it sealed a win and an effort that didn’t seem present in the opening round.

Texas will play either Michigan or Charlotte in the fifth-place game of the tournament on Friday.