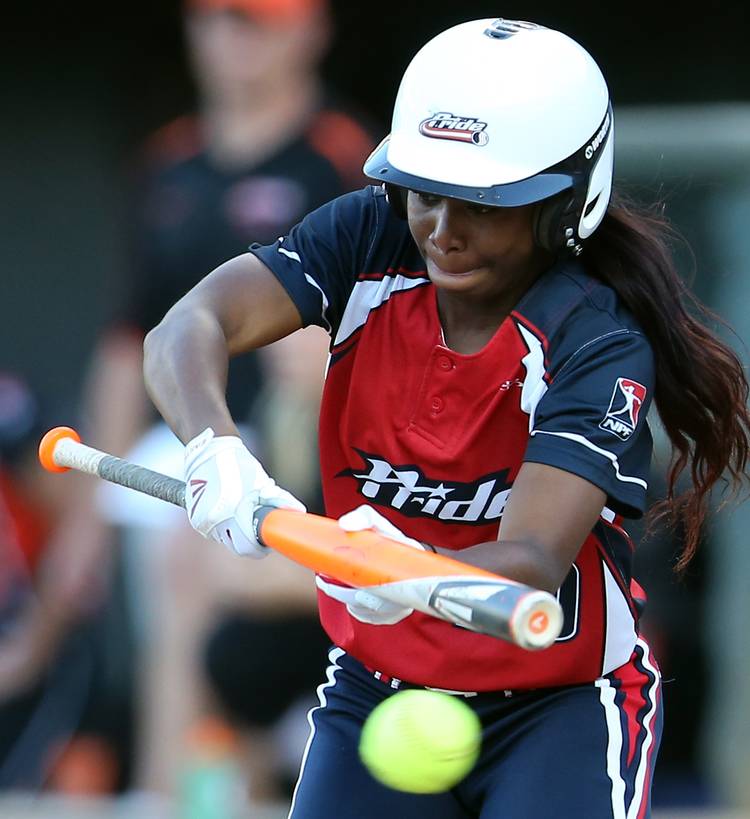 Former Longhorn and starting center fielder for the Florida Pride Brejae Washington takes a turn at bat against the Chicago Bandits at the National Pro Fastpitch three-game series at Dell Diamond on Thursday, June 26, 2014.

Washington was one of five players selected in the NPF expansion draft, announced Monday, for the league’s new franchise the Scrap Yard Dawgs, located in the Houston area.

The Scrap Yard Dawgs is the league’s sixth team and second expansion franchise in as many years. In 2015, the Dallas Charge played its inaugural season and made the NPF Championship Series.

Washington will play in her third season in the NPF next year. She is a two-year member of the USSSA Pride where she helped the Pride to the 2014 Cowles Cup championship and the 2015 NPF regular season championship. During her rookie season, Washington won the Diamond Spikes Award for having the most stolen bases (17). In two seasons, Washington has a career batting average of .286.

Washington is one of six former Longhorns that played in NPF in 2015.  Taylor Thom (’14) and Nadia Taylor (’12)  played for the Dallas Charge, which was coached by current UT assistant Jennifer McFalls and former UT standout Chez Sievers (’06).  Megan Willis (’07) and the now retired Cat Osterman ( ’05) played for the USSSA Pride while Mandy Ogle (’14) finished her second season with the Pennsylvania Rebellion.

Haley Outon, a 2010 graduate of Pflugerville High School, also represents Central Texas in the NPF as part of the Akron Racers.

Baylor may be without top tailback for Texas game

Another big test awaits No. 6 Longhorns