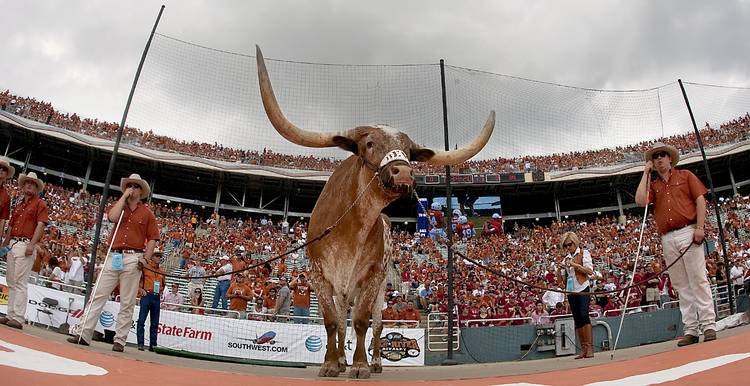 The 2015 football season is over for the Texas Longhorns. While coach Charlie Strong looks to the future and tries to figure out how to fix a stumbling program, the burnt orange fan base also looks back to mourn its dearly departed mascot, Bevo XIV.

Ahead of this year’s Red River Rivalry, the university announced that Bevo XIV would miss the game due to a “life-threatening condition,” later revealed to be bovine leukemia virus. Fans of the steer, aka Sunrise Studly, rushed to social media to wish him well before his death.

But there’s a new season on the horizon in 2016, and that means (in all likelihood) a new Bevo. We may be getting a new horned spirit guide sooner than later, if a new video uploaded to the official Texas Longhorns YouTube is any clue.

“He’s a living tradition,” intones the narrator to “Coming Soon Bevo XV,” published Nov. 30. After flashing through beloved Bevos past, a title screen promises that the new mascot is “coming soon.” Watch the video below.

We’ve wondered about Bevo XIV’s replacement before, with American-Statesman columnist Ken Herman throwing his weight behind a steer from Oatmeal named, well, Bevo.