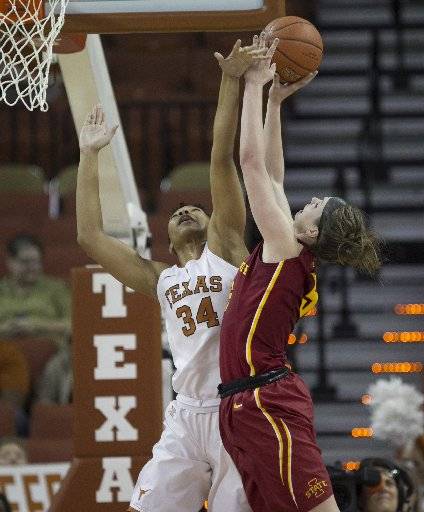 Texas center Imani Boyette has been named the Big 12 Conference Co-Player of the Week, following her standout performances in a pair of wins against No. 9 Mississippi State and Arkansas-Little Rock, the league office announced Monday. The honors were determined in a vote of a media panel that covers the conference.

Boyette averaged team highs of 15.5 points and 8.5 rebounds per game to lead Texas this past week. She scored a game-high 21 points and brought down 10 rebounds in the win against Mississippi State, along with two blocks in 33 minutes. It marked her third double-double of the 2015-16 season.

Boyette followed with 10 points and a squad-best seven rebounds in Texas’ comeback win at Little Rock. With the Longhorns trailing 48-35 entering the game’s final period, Boyette scored eight of her points in the decisive fourth quarter. Her jumper at the 4:48 mark of the fourth quarter gave Texas its first lead of the second half (50-48).

Boyette and Texas to action at noon Sunday when the Longhorns play host to No. 14. It  will be televised nationally on ESPN.