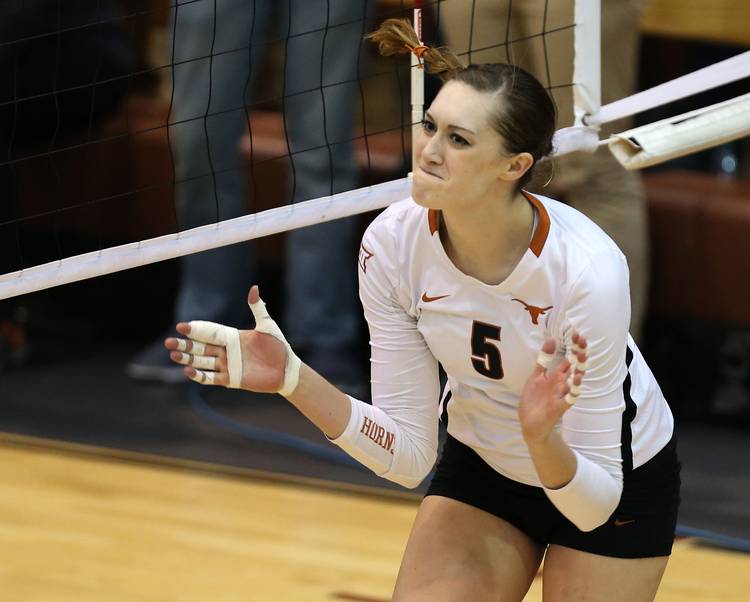 Texas Molly McCage(5) celebrates a point against Purdue during the second round of the NCAA volleyball tournament at Gregory Gym in Austin, Texas Friday, Dec. 4, 2015. (Stephen Spillman for AMERICAN-STATESMAN)

The Longhorn will play the Gators, who rallied to win earlier in the day.