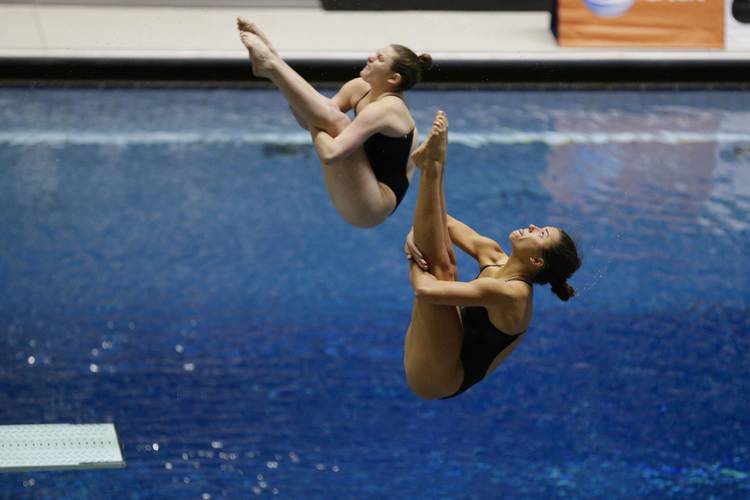 Former Texas Longhorns Emma Ivory-Ganja and Maren Taylor each placed in the top-four of the women’s three-meter synchronized diving final at the USA Diving Winter National Championships in Indianapolis, Ind. on Wednesday.

Ivory-Ganja teamed up with Stanford’s Kassidy Cook to earn 578.97 points and third place of the 12-team final.

Ivory-Ganja and Taylor competed for Texas in the 2014 NCAA Championships and took second-place finishes in their respective events.