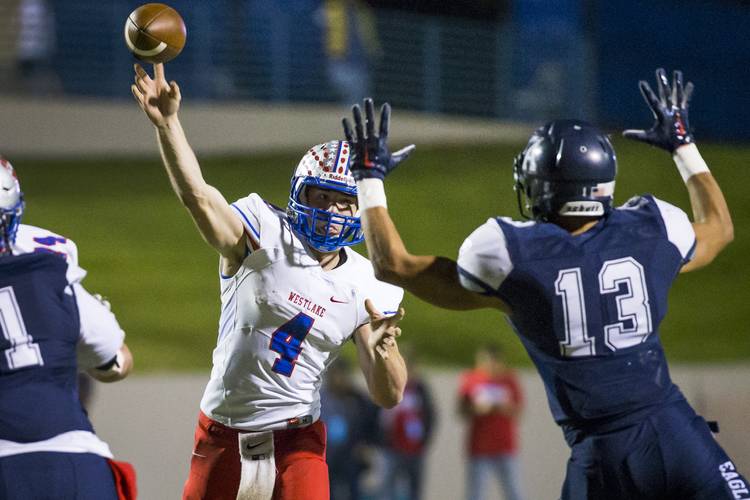 The Associated Press announced this morning its Class 6A all-state high school football team.  Texas commit and Westlake High quarterback Sam Ehlinger was tabbed as the team’s Offensive Player of the Year.

Voting for the team is based on regular-season performance. The junior passed for 2,436 yards in the regular season with 35 touchdowns and zero interceptions. He also added 748 yards on the ground with 13 rushing touchdowns. Westlake faces Galena Park North Shore in the 6A, Division I championship game, 4 p.m. on Saturday at Houston’s NRG Stadium. The Chaparrals defeated top-ranked Allen High School in the semifinals, breaking Allen’s 57-game winning streak.