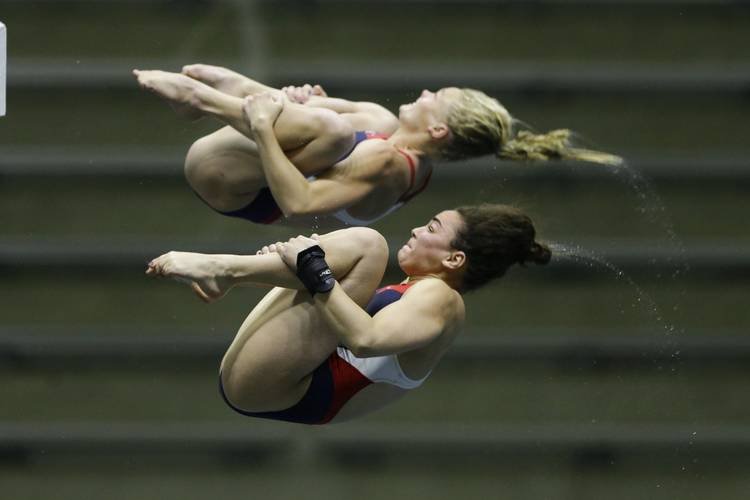 Three current and one former Longhorn advanced to the finals of the USA Diving Winter National Championships on Thursday.

Dumais qualified fourth with 862.30 points in the semifinals.

Bromberg finished the qualifying round of the women’s platform in fourth place with 634.25 points.

Bowersox qualified ninth in the men’s three-meter springboard event with 779.30 points while O’Brien finished in the last qualifying spot with 717.55 points.

Mark Anderson missed an opportunity to dive in the finals with 711.50 points.