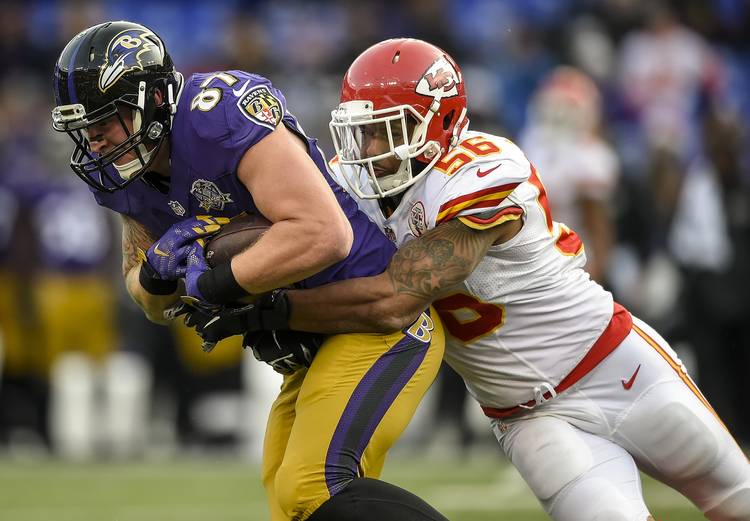 Is there such a thing as a former Longhorn? These players will always be Longhorns to University of Texas fans, even though they’ve graduated to the next level of football. Every Tuesday, we’ll update you on how they performed the previous weekend. Here’s a look at the Longhorns in the NFL and how they fared in Week 15.

Derrick Johnson, Chiefs linebacker—He led the Chiefs in tackles once again, logging 12 in the Chiefs’ eighth win in a row. He has 100 tackles for the season, the fifth time he’s had that many in his career.

Brian Robison, Vikings defensive end—He had a nice game, making two tackles, a sack and recovering a fumble. The sack increases his season total to four.

Brian Orakpo, Titans linebacker—Orakpo made four tackles and had a tackle for loss in the Titans’ 33-16 loss to the Patriots. He has 44 tackles this year and seven sacks.

Quandre Diggs, Lions cornerback—Diggs had five tackles and a pass deflection in the Lions’ win over the Saints.

Earl Thomas, Seahawks safety—He had three tackles in the Seahawks’ 30-13 win over the Browns.

Michael Griffin, Titans safety—Griffin was second on the team with six tackles. He also had a pass deflection. On the year, he has 86 total tackles.

Malcom Brown, Patriots defensive tackle—He made two tackles in the Patriots’ win over the Titans. He has 37 total tackles this year and has become a mainstay in the starting defensive line.

Lyle Sendlein, Cardinals center—The starting center probably likes blocking for rookie running back David Johnson, who rushed for 187 yards and three touchdowns in the win over the Eagles.

Kenny Vaccaro, Saints safety—He led the Saints in tackles, with seven, but his team lost to the Lions.

Alex Okafor, Cardinals linebacker—He recorded three tackles and defended a pass in the Cardinals win over the Eagles.

Lamarr Houston, Bears linebacker—Houston had five tackles and made it well known that he isn’t bothered by cold weather. (You’ll forgive the @NFLonFOX’s spelling of his first name.)

Henry Melton, Buccaneers defensive tackle—Melton managed just one tackle in the Bucs’ 31-23 loss to the Rams.

Justin Tucker, Ravens kicker—He had little impact in the Ravens’ loss to the Chiefs. He made both of his extra point attempts.

Phil Dawson, 49ers kicker—He missed his only field goal attempt but connected on both his extra point attempts in the 49ers loss to the Bengals.

Keenan Robinson, Redskins linebacker—He returned to action last week against the Bears, but this week he made a bigger impact, registering two tackles.

Fozzy Whittaker, Panthers running back—After a good performance in relief action last week, he had just four touches for 16 total yards. He also had a kick return for 17 yards.

Roy Miller, Jaguars defensive tackle—Miller made one tackle in the loss to the Falcons to bring his season total to 31. He also has three sacks this season.

Tony Hills, Saints offensive tackle—He got in on some action, despite not starting in the Saints’ loss to the Lions.

Sam Acho, Bears linebacker—He made a single tackle in the Bears’ 38-17 loss to the Vikings.

VOTE: The Longhorns Stories of the Year for 2015