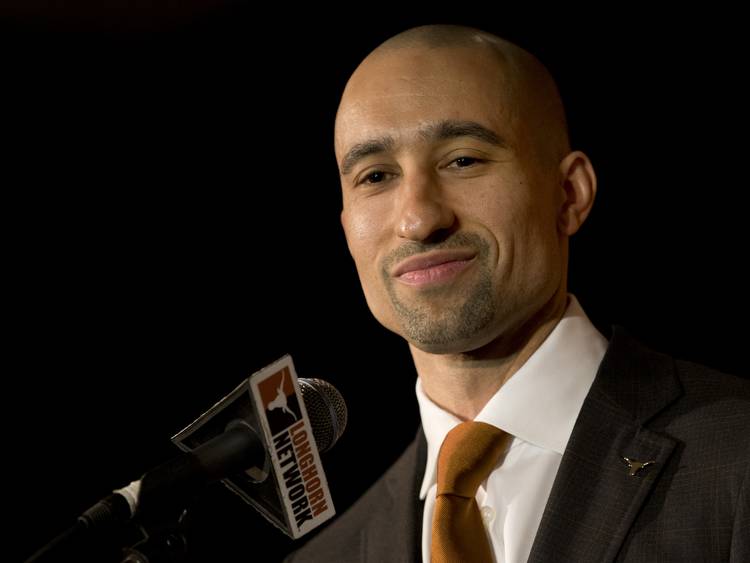 On Saturday, we will publish our top 10 Longhorns Stories of the Year. This week, we’re asking for you to chime with your opinion. Vote in the poll below. Steve Patterson, Shaka Smart and Jordan Spieth fill the storylines we present. If you feel we’ve missed an option, let us know in the comments. The poll is at the bottom of the list below.

Jerritt Elliott’s squad captured the league title and was the host of the first round and regional round of the NCAA finals. The Longhorns, led by five All-Americans, advanced out of the Elite 8 field with a thrilling five-set match over archrivals Florida. Texas would advance to the championship game, losing in three games to Nebraska.

In Strong’s first full year of recruiting, he signed the state’s top player – Malik Jefferson – and many others that made an immediate impact on the football team in 2015. Offensive linemen Connor Williams and Patrick Vahe started the season opener. Tailback Chris Warren III ran for a freshman record 276 yards versus Texas Tech. Receiver John Burt and defensive backs Holton Hill and Kris Boyd were standout contributors.

Coming off a 6-7 first season under Charlie Strong, the Longhorns weren’t picked to win against a seasoned Irish team on the road, but nobody thought they would be blown out. Notre Dame walloped Texas 38-3. The dreadful performance led to the demotion of Shawn Watson as the main play-caller on offense.

On Oct. 16, University officials notified the public that the venerable mascot had passed away. Many fans and alumni professed their gried and reverance for the steer that had seen the Longhorns 2005 national championship and witnessed 106 wins over his 16 years as mascot.

On Sept. 15, the Texas athletics director Steve Patterson was relieved of his duties after 22 tumultous months on the 40 Acres. During his time here, he hired Charlie Strong and Shaka Smart. He rankled alumni with his change in football tickets and parking policies.

The former UT golfer captured the first two legs of golf’s Grand Slam – The Masters and the U.S. Open on the way to winning five titles, capturing $12 million in prize money and PGA Player of the Year honors.

Sterlin Gilbert and Matt Mattox were hired away from the University of Tulsa to become Texas’ new offensive coordinator and offensive line coach in 2016. But it wasn’t that straightforward. Gilbert turned down Strong’s first offer to fill the OC position, after which Strong, assistant coach Jeff Traylor, athletics director Mike Perrin and school president Gregory L. Fenves took a private jet that same night to Tulsa to convince Gilbert to accept. He did, and was formally introduced three days later.

In March of 2015, men’s basketball head coach Rick Barnes was forced to resign after 15 years at the helm. One week later, athletics director Steve Patterson hired Virginia Commonwealth University head coach Shaka Smart. The 37-year old put together a 163-56 record at VCU, taking the Commodores to the Final 4 in 2011.

Under head coach Eddie Reese, the men’s team routed the field in the national championship meet. The win marked Reese’s 11th championship at Texas, tying a mark for NCAA coaches. He shares the record with Ohio State’s Mike Peppe.

In early October, Charlie Strong’s squad shocked the national audience with a 24-17 victory over the then-Top 10 Sooners. The Horns bludgeoned the Sooners with 313 yards rushing while only attempting 12 passes. The defense harassed QB Baker Mayfield all day and totaled six sacks.

After a year testing selling wine and beer at Texas’ other sporting events, school officials authorized beer and wine sales at Texas home football games on June 17. Through Oct. 24, an in-depth analysis of the sale of alcohol at Royal Memorial Stadium showed no increase of arrests.

Augie Garrido’s squad put together an uneven regular season with a 26-25 record on the outside looking in for a NCAA bid. Seeded fifth in the Big 12 tournament, the Horns ran the table defeating Oklahoma State 6-3 in the championship game.

On Oct. 30, Texas officials re-upped their agreement with their apparel provider, Nike, for another 15 years. The $250 million contract became the largest of its kind in collegiate sports outdistancing Michigan’s $169 million with the same company

With the athletics department in the red for the 2014, athletics director Steve Patterson and school officials signed off on a complete restructure of ticket prices and policies at Royal Memorial stadium. No longer could ticket holder re-sell tickets through a broker unless they paid “full value” for the right to have them. Ticket prices went up in a range from 5% to 31% and season ticket holders were charged for parking for the first time.

Create your own user feedback survey