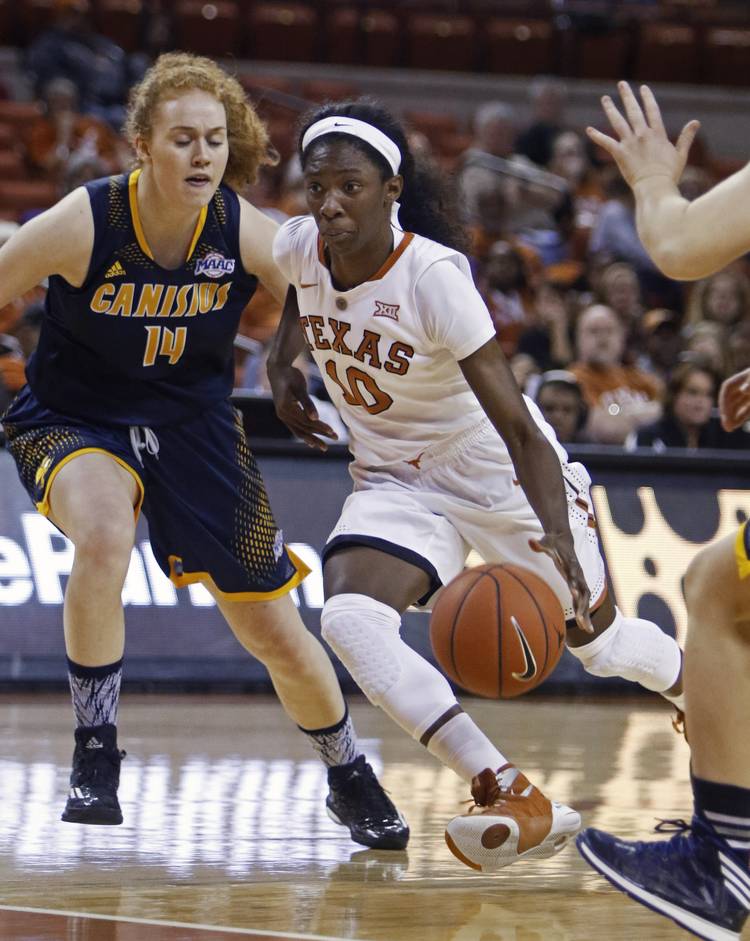 This matchup will be the Big 12 Conference season opener for both teams. Texas, coming off an 83-49 victory over Sam Houston State on Sunday, finished non-conference play with an 11-0 record for the second straight year. Only five UT women’s teams have started 11-0. … Texas piled up a 43-24 rebounding edge against Sam Houston and has out-rebounded 10 of its 11 opponents this season. … Freshman Lashann  Higgs’ eight assists against Sam Houston  were the most by a Texas player this season and the most dished out by a Longhorn since  Brooke McCarty had eight against Oklahoma on Jan. 28, 2015. … The Longhorns’ home opener in Big 12 play comes Saturday against Texas Tech.

Led by Montgomery’s career-high 21 points, the Mountaineers defeated Elon 67-57 Monday to complete their non-conference schedule. Montgomery bested her previous career-high of 15 points, set against James Madison earlier this season. Her perfect 9-of-9 shooting from the field tied six other players for West Virginia’s single-game record for field-goal percentage.  … Since the 2013-14 season, West Virginia has won 24 straight games at home against non-conference opponents. … The Mountaineers also boast an active 13-game win streak at WVU Coliseum that dates back to last season. … Mountaineers coach Mike Carey needs four victories to reach 600 for his career.