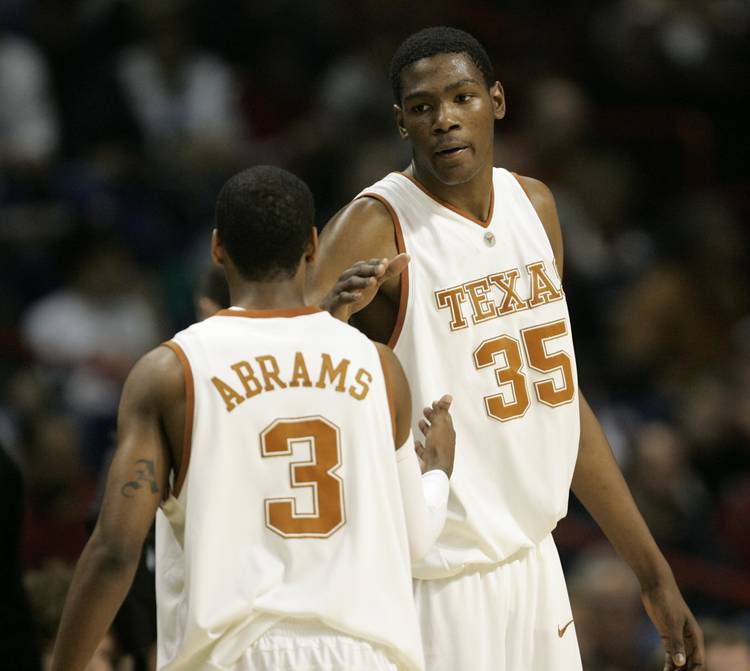 The first Big Monday for Big 12 men’s basketball didn’t disappoint. No. 1-ranked Kansas and No. 2-ranked Oklahoma put on a show in a triple-overtime thriller in Lawrence, Kansas. The Jayhawks won 109-106 as the two teams did something that hasn’t been done since…

The game also got the Hookem.com staff talking on Twitter, and asking an important question:

Well, here are a few options to choose from outside of last night’s game. (And yes, we know we could list a lot more games)

In the final game of the Kansas-Missouri matchup — Missouri left for the SEC after the season and ended one of the Big 12’s best basketball rivalries — the Jayhawks beat the No. 3-ranked Tigers in overtime 87-86. Kansas trailed by 19 points in the second half before All-American Thomas Robinson took over for the Jayhawks.

The Big 12 Tournament Championship game was a rematch of another epic game from this same season, a 90-86 Kansas win at Allen Fieldhouse a week earlier.

This game was even better.

Kansas won the tournament title with a 88-84, come-from-behind win in Oklahoma City.

Almost forgotten, except by Kirk Bohls

I was at the Baylor-A&M game a few years ago at College Station. What was that, 5 overtimes?

Yes, this game between No. 25 Baylor and No. 18 Texas A&M went into five overtimes before the Bears — just breaking through after the massive scandal a few years earlier — won 116-110 in College Station.

He nearly hit the game-tying three-point shot at the buzzer.

Texas recruiting trail: A closer look at the trenches