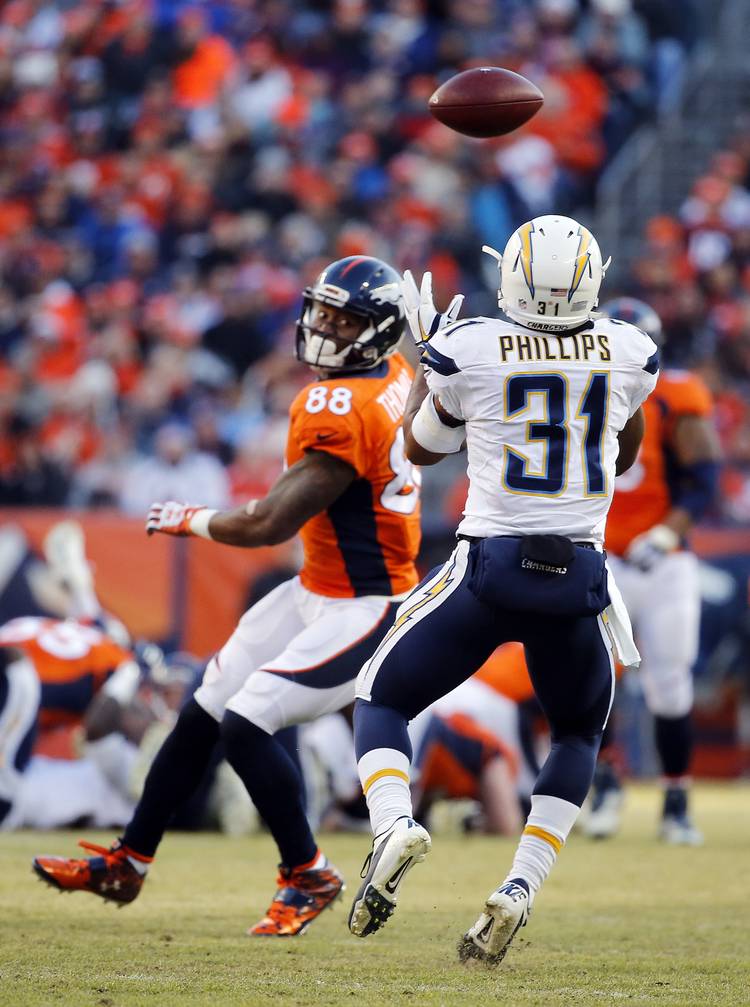 Is there such a thing as a former Longhorn? These players will always be Longhorns to University of Texas fans, even though they’ve graduated to the next level of football. Every Tuesday, we’ll update you on how they performed the previous weekend. Here’s a look at the Longhorns in the NFL and how they fared in Week 17.

Derrick Johnson, Chiefs linebacker—The 11-year pro recorded his third double-digit tackle game in the Chiefs’ tenth win in a row. He had ten tackles and a pass deflection in the win. He heads to the playoffs as the team’s leading tackler, with 116 on the year. He also had four sacks, two forced fumbles and two interceptions. If not for his teammate, Eric Berry, who returned to play great after battling lymphoma, Johnson would likely be seriously considered for comeback player of the year. He missed all but one game last season with a torn Achilles’ tendon and record the his most tackles since 2012.

Phil Dawson, 49ers kicker—Dawson went 4 for 4 on field goals in Sunday’s overtime win over the Lions. His 23-yarder was the game winner. It was very likely the last time he kicked for the 49ers, as he becomes an unrestricted free agent. The 17-year veteran has expressed his desire to continue playing, but says he’ll consult with his family about the decision of whether or not to come back. His game hasn’t dropped off much, as he was 20 of 23 on the year, including a stretch where he hit 19 in a row.

Adrian Phillips, Chargers safety—Phillips played in nine games this year, accounting for 19 total tackles and a pass deflection. In Sunday’s loss to the Broncos he made three tackles and had his first career interception when he picked off Brock Osweiler and returned the ball 39 yards to set up a field goal.

Malcom Brown, Patriots defensive tackle—He was second on the team with six tackles as the Patriots fell in the finale to the Dolphins. He finished the regular season with 48 total tackles, three sacks and two fumble recoveries.

Keenan Robinson, Redskins linebacker—He had five tackles in the Redskins’ win over the Cowboys to up his season total to 63. He’s fourth on the team in tackles, after having missed some time for a shoulder injury.

Brian Orakpo, Titans linebacker—He had three tackles and a tackle for loss in the 30-24 loss to the Colts. He ended the year with 51 tackles and tied for the team lead with seven sacks.

Earl Thomas, Seahawks safety—He made his fifth interception of the year in the Seahawks’ 36-6 dismantling of the Cardinals. Thomas finished his fifth straight Pro Bowl season with 64 tackles and a forced fumble. This year was the third time in his career that he’s had at least five total interceptions.

Lamarr Houston, Bears linebacker—Houston had three tackles, a sack and a tackle for loss in the season-ending loss to the Lions. He finished the season with 41 tackles and a career-high seven sacks, which led the team.

Michael Griffin, Titans safety—Griffin rounded out a tough 3-13 season with four tackles against the Colts. He closed out the year second on the team in total tackles with 101. He also had a sack and an interception.

Kenny Vaccaro, Saints safety—He made six tackles in the Saints’ 20-17 win over the Falcons. He accounted for 104 tackles, three sacks, a forced fumble and five pass deflections on the year. He was second on the team in total tackles.

Quandre Diggs, Lions cornerback—Diggs notched two tackles in the 24-20 win over the Bears. His rookie season ended with 38 total tackles, a forced fumble, a fumble recovery and six pass deflections. He made four starts this year.

Justin Tucker, Ravens kicker—Tucker finished the season on a high note, going 3 for 3 with a long of 50 yards in the 24-16 loss to the Bengals. For the season, he connected on 14 field goals longer than 40 yards, including four from beyond 50.

Malcolm Brown, Rams running back—The rookie finally made and appearance in regular season action after being relegated to the practice squad all year. He had four rushes for 17 yards and a reception in the Rams overtime loss to the 49ers. No matter the outcome, he was a happy man.

Believe Me When I Tell U Dreams Do Come True.. https://t.co/NfnkGHk6dn

Roy Miller, Jaguars defensive tackle—He had a season-high six tackles in the finale against the Texans. His 40 tackles on the season was the second highest of his career. He also forced a fumble and had a career-high four sacks this year.

Alex Okafor, Cardinals linebacker—Okafor made three tackles, with two for a loss on Sunday. That brought his season total to 31 tackles, the most for a season in his three-year career. He also had two sacks this year, both of which came in the season opener.

Henry Melton, Buccaneers defensive tackle—He made two tackles in the 38-10 loss to the Panthers. Melton ends the season with 30 tackles, two sacks and a forced fumble.

Brian Robison, Vikings defensive end—He failed to register a stat in the Vikings’ division clinching win over the Packers. He notched 34 tackles in this ninth year to go along with five sacks and a forced fumble.

Fozzy Whittaker, Panthers running back—He suffered a high ankle sprain in Week 16, but could return in time for the playoffs.

Tony Hills, Saints offensive tackle—He’s played in six straight games since the bye week, but has yet to start. He joined the Saints in October to beef up their depth at the tackle position.

Lyle Sendlein, Cardinals center—Sendlein started for the second straight game after missing the Dec. 20 game versus the Eagles. He’s anchored the offensive line for 15 games this year.

Colt McCoy, Redskins quarterback—McCoy finally got some playing time as Kirk Cousins saved himself for the playoffs. McCoy came in to throw for 128 yards and a touchdown on 7 for 11 passing.

Cory Redding, Cardinals defensive end—He didn’t log a stat in Sunday’s loss to the Seahawks. The 13-year veteran has played sparingly this season, but has a fumble return for a touchdown and an interception.

Sam Acho, Bears linebacker—Acho had a single tackle in Sunday’s finale. He finished the season with 39 total tackles, a forced fumble and a fumble recovery.

Geoff Swaim, Cowboys tight end—He’s on the active roster and got in the game on Sunday but failed to register a stat once again.