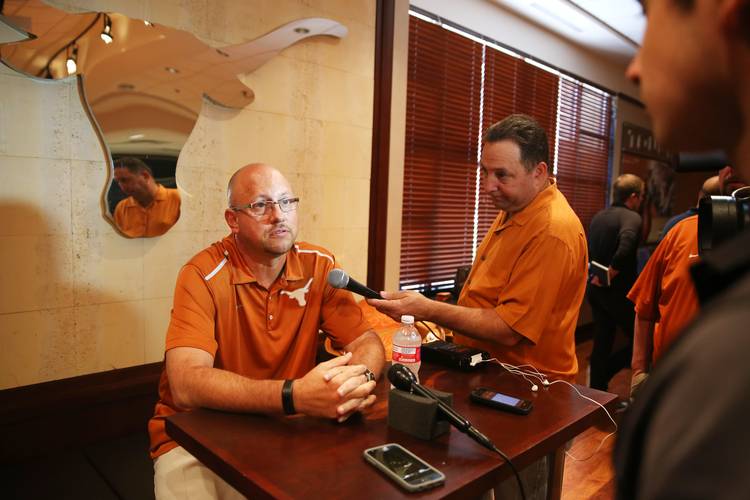 Texas assistant coach Jeff Traylor’s son has finished his playing career at Texas A&M and has joined the UT staff as a graduate assistant.

Jordan Traylor has changed his Twitter profile to reflect the new position, and he’s now listed in the UT directory.

Jeff Traylor’s had a busy offseason already so far. The tight end and special teams coach, who is only one year removed from coaching high schools, earned a raise for his recruiting acumen. He also expressed interest in the vacant Texas State opening that eventually went to Everett Withers.