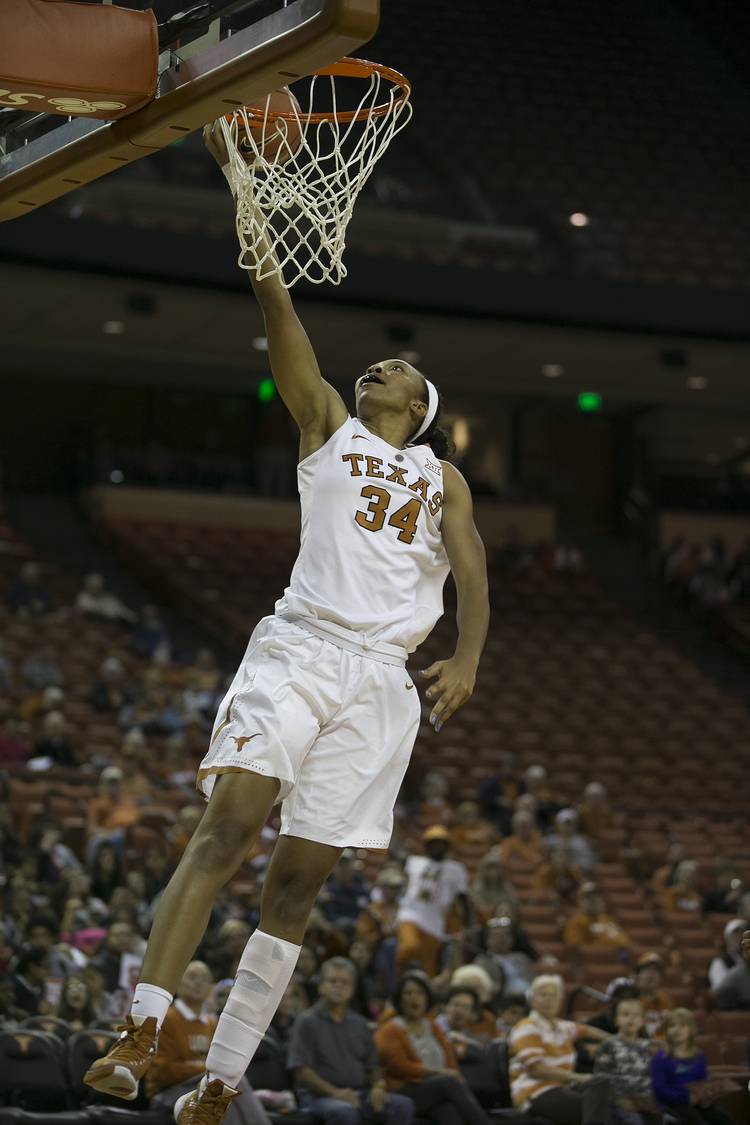 Texas's Imani Boyette goes up for two points against Northwestern State during the first half of play at the Frank Erwin Center in Austin, Tx., on Wednesday, November 18, 2015. Texas beat Northwestern State 86-33. DEBORAH CANNON / AMERICAN-STATESMAN

For the second straight week — and third time this season — Texas center Imani Boyette has been chosen Big 12 women’s basketball Player of the Week.

The 6-foot-7 senior from Los Angeles won the award for the 10th time in her career.

Boyette averaged 11.5 points, 14 rebounds and 5.5 blocks to lead Texas to a home win against Iowa State and a road victory at Oklahoma State as the Longhorns remain undefeated at 15-0 on the season. With two more double-doubles, she is the only player to record double-doubles in all four conference games to date.

Boyette pulled down a game-high 17 rebounds and blocked a season-high seven shots in 27 minutes of action against Iowa State.She contributed 12 points, 11 rebounds and four blocks at OSU. She helped a Texas post presence that outscored both opponents a combined 62-28 in the paint.