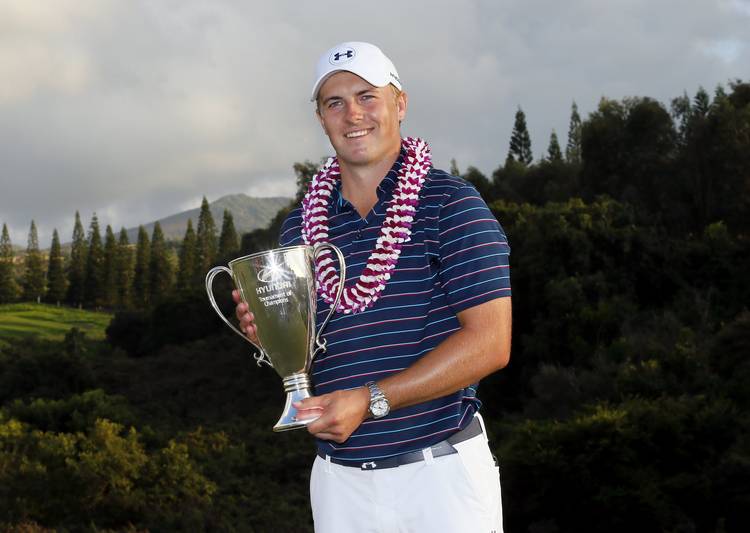 Jordan Spieth holds the champions trophy after the final round of the Tournament of Champions golf tournament, Sunday, Jan. 10, 2016, at Kapalua Plantation Course on Kapalua, Hawaii. Spieth finished at 30 under par for the tournament win. (AP Photo/Matt York)

Former University of Texas golfer and reigning PGA Player of the Year smoked the field in the first tournament of 2016. Spieth carded a 30-under 262 to trounce the field at the Hyundai Tour of Champions in Kapalua, Hawaii over the weekend.

Spieth sunk an 8-foot birdie putt on the final hole of the tournament to join Ernie Els as the only two players to score 30-under par or lower in a 72-hole event. His 262 was one-shot off of the tour record of 31-under by Els in 2003. He also joined Tiger Woods as the only players since 1970 to win seven times on the PGA Tour by 22. Woods was a month younger.

The former UT golfer captured the first two legs of golf’s Grand Slam in 2015 – The Masters and the U.S. Open on the way to winning five titles, capturing $12 million in prize money and PGA Player of the Year honors.