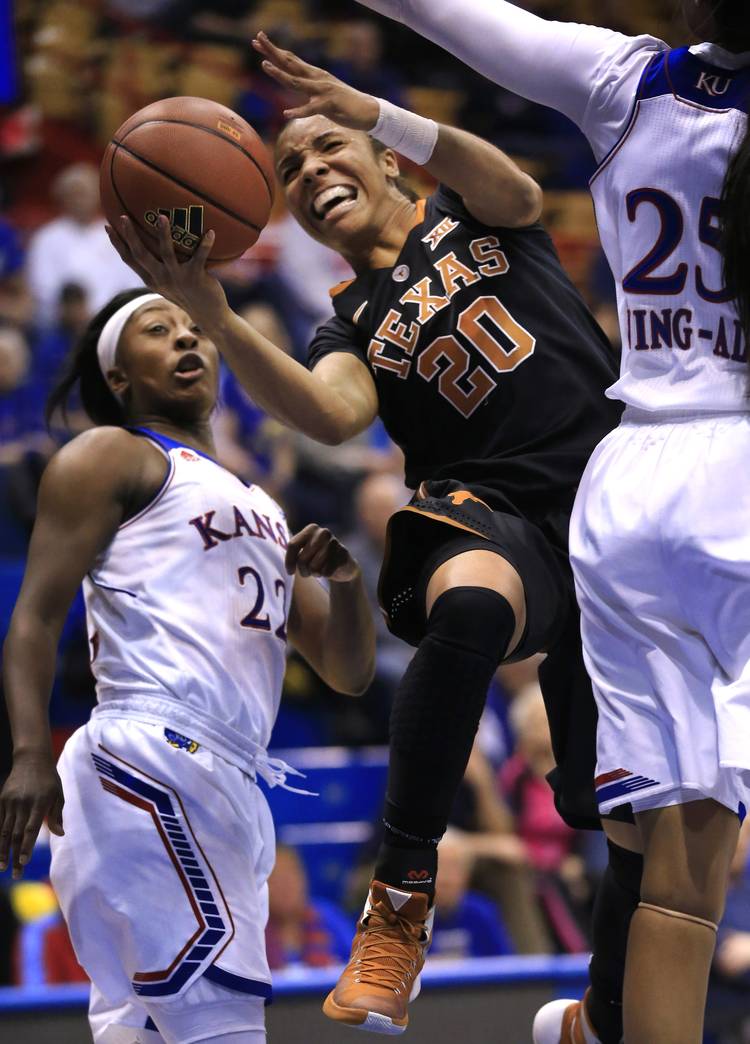 LAWRENCE, Kan. (AP) Imani Boyette only needed 21 minutes on the court to prove a major factor in No. 4 Texas’ 75-38 romp over Kansas on Wednesday night.

Boyette had 15 points, eight rebounds and three blocks to help the Longhorns pull away in the second half.

“I thought Kansas settled into the game in the second quarter and started making shots,” Texas coach Karen Aston said. “Then we regrouped at halftime and got our big girl (Boyette) involved a little bit and got on the boards a little bit better. Finished good.”

Boyette was an asset on both ends of the court.

“Scoring around the rim was going to be difficult tonight,” Kansas coach Brandon Schneider said. “Caelynn (Manning-Allen) obviously struggled, going 2 for 11. She was out of sorts the entire game.”

Empress Davenport added 11 points and 10 rebounds, Celina Rodrigo had seven assists and Brianna Taylor had five steals for Texas (16-0, 5-0 Big 12). The Longhorns have started Big 12 play with five straight wins for the first time since 2002-03 and beat Kansas for the sixth straight time.

“I thought once again our team got off to a really fast start, a good start,” Aston said. “We were ready to play.”

This was the Jayhawks’ worst loss of the season. Before this blowout, Kansas’ biggest final deficit was a 23-point defeat to Oklahoma in the conference opener.

“Texas is very talented,” Schneider said. “They’re very, very deep. I would say they’re very engaged every single possession. I think that really stands out when you watch them on film. They’re playing very, very determined right now. I think the effort they play with, it shows.”

The Longhorns jumped to a 17-0 lead before Kansas hit a 3-pointer. Texas owned a 21-point lead at the end of the first quarter and led by 19 at halftime.

“A lot of that was Texas,” Schneider said of the 17-point deficit. “I thought we shot ourselves in the foot a bunch. We turned the ball over. I thought we looked intimidated and timid in far too many spots.”

Texas came out rolling after halftime and cruised out to a 33-point lead with help from Boyette and Rodrigo. Kansas couldn’t gain any ground in the final frame.

Kansas: The Jayhawks have lost all of their conference games by at least 16 points.

Texas: Texas leads the all-time series with Kansas 20-10. … The Longhorns won the rebounding battle for the 15th time in 16 games, 46-26. Texas entered averaging 44.3 rebounds per game and was ranked eighth nationally.