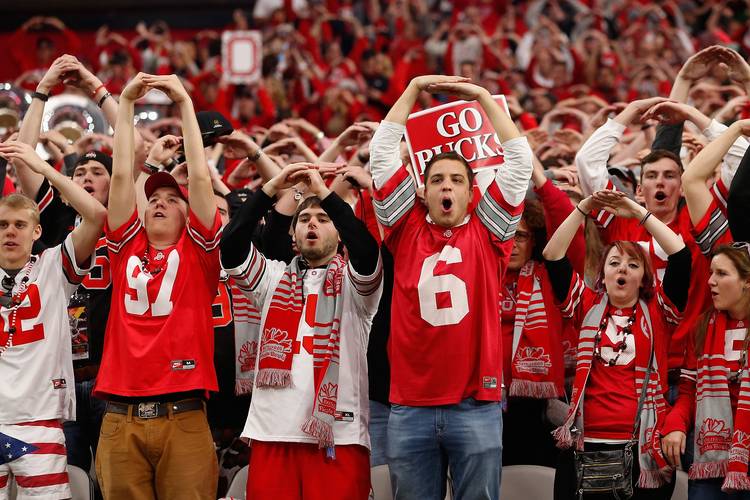 during the BattleFrog Fiesta Bowl at University of Phoenix Stadium on January 1, 2016 in Glendale, Arizona.

So much for Texas having the biggest and best Nike deal. That lasted all of two months.

According to the Wall Street Journal, the Buckeyes will receive $112 million in product and $103 million in cash from Nike. Ohio State has 36 varsity sports — Texas has 20 — and more than 1,000 athletes.

“Under this partnership, every student — whether they play club sports, Division I sports or no sports at all — will be eligible to benefit,” Ohio State athletic director Gene Smith said in a statement released by the university.

Joaquin Hidalgo, president and general manager of Nike North America said, “Nike and Ohio State share similar values of innovation and a commitment to excellence, and we look forward to an exciting future both on and off the field for years to come.”

Texas officials never really publicized what was at the time the largest shoe and apparel deal in collegiate history. The final approval by the UT System Board of Regents happened on a Friday afternoon. There was plenty to celebrate, from UT’s perspective.

The Longhorns received $20 million in an up-front cash payment at the time of the signing. Another $22.5 million would be paid over the life of the contact for “financial support” of initiatives outside athletics. Nike is also creating a Kevin Durant-themed line of clothing that future UT athletes will wear.