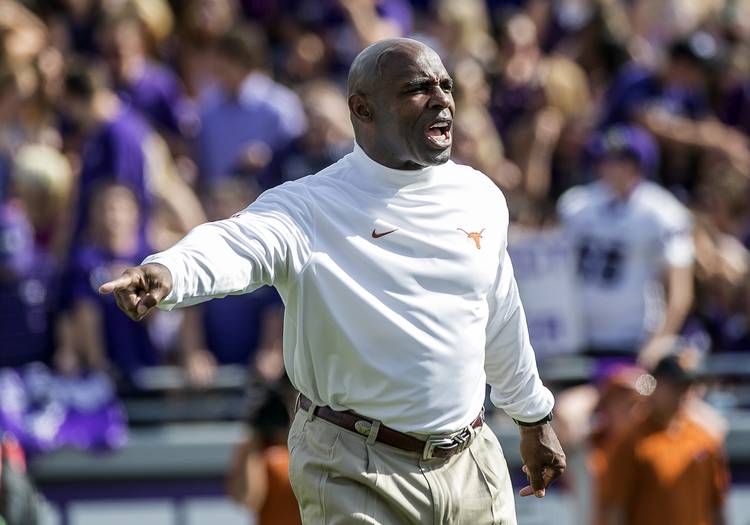 The end to the 2016 recruiting season looks to be a wild finish. With potentially up to 10 recruits with Texas in their final mix of schools of choice to sign, Charlie Strong’s class this year could fill up at the end.

According to Football Brainiacs, one more potential signee will decide his school of choice Monday at 5 p.m.

UPDATE on today's Mark Jackson commitment announcement; he tells us that he will announce around 5 pm.

Cibolo Steele defensive lineman Mark Jackson has Texas among the list of schools he’s considering, including Texas A&M, Baylor and Oklahoma, per Football Brainiacs. Jackson is the 36th-ranked player in the state on the Statesman’s Fabulous 55 list. He committed to Texas A&M last fall, but visited both Texas and Oklahoma in January.

Mark Jackson tells us that he will be announcing his commitment today. Will decide between #OU #TAMU #UT and #BU

Currently, Texas has 15 commits in its 2016 class with the pledge of Southlake Carroll Lil’Jordan Humphrey over the weekend.